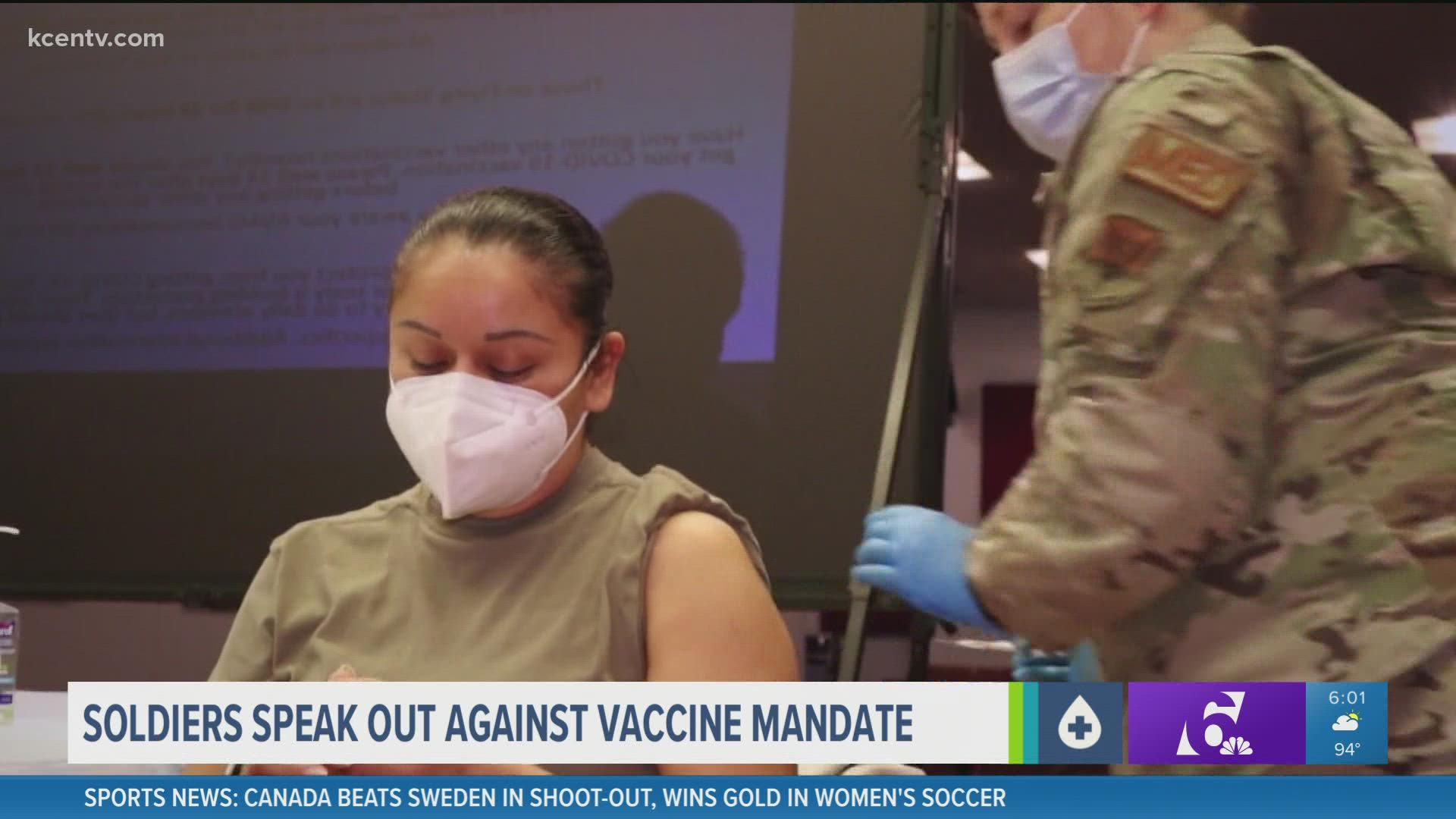 FORT HOOD, Texas — The proposed vaccine mandate of active duty service men and woman, including soldiers at Fort Hood, is getting a lot of pushback from those who feel the vaccine should be voluntary.

"I am willing to go court marshaled, get kicked out or go to jail, whatever needs to be but I will not be taking it," said one solider who asked to remain anonymous.

6 News also spoke with an Army recruiter who used to be stationed at Fort Hood and he said he told his wife he'd walk away if it ever was forced.

"I told my wife that if this mandate happens, I am telling my commander I am done," he said, also asking to remain anonymous.

Anthony Kuhn, a Managing Partner with Tully Rinckey Attorneys based in Buffalo but has offices in both Houston and Austin, said they have fielded multiple inquiries from active duty personnel at Fort Hood.

"I don't know if we've hit 100 yet but we've had dozens of active duty service members reach out both through email and calling our firm as well," Kuhn told 6 News over Zoom from his office in Buffalo. "Historically, there's been a lot of problems in the military when it comes to experimental vaccinations and medications."

Kuhn said when it comes to the problems associated with the military and experimental vaccinations and medications, Anthrax is the most well-known.

Mandating the vaccine would require a waiver from President Biden, something defense secretary Lloyd Austin is thought to have asked for. When asked the legal hurdles that would impose if granted by Biden, Kuhn says if a waiver is obtained before the mandate is called for it becomes much harder in court but not impossible.

"It's probably, still, a 50-50 split, we don't know how the courts will decide because of readiness and things that the Government will be expected to argue, there is a chance that the courts could side with the Government," Kuhn said.

When asked if there is already precedent on the books that would favor active duty soldiers, Kuhn said there was from ahead of Operation Iraqi Freedom and the use of Chloroquine. Kuhn said the side effects linked to its use in combating Malaria include mental health issues and PTSD, something he said the many service members have received compensation for.

Kuhn said he understands the frustration some soldiers are feeling and he said their firm is there to help them wade through the uncertainty and offer legal support.

Kuhn advises active duty soldiers to not allow your feelings on the vaccine to  get in the way of your career and become criminally prosecuted for refusing to follow orders. He says anyone who needs them, they are there for them, but be very careful in the interim on how you proceed going forward.