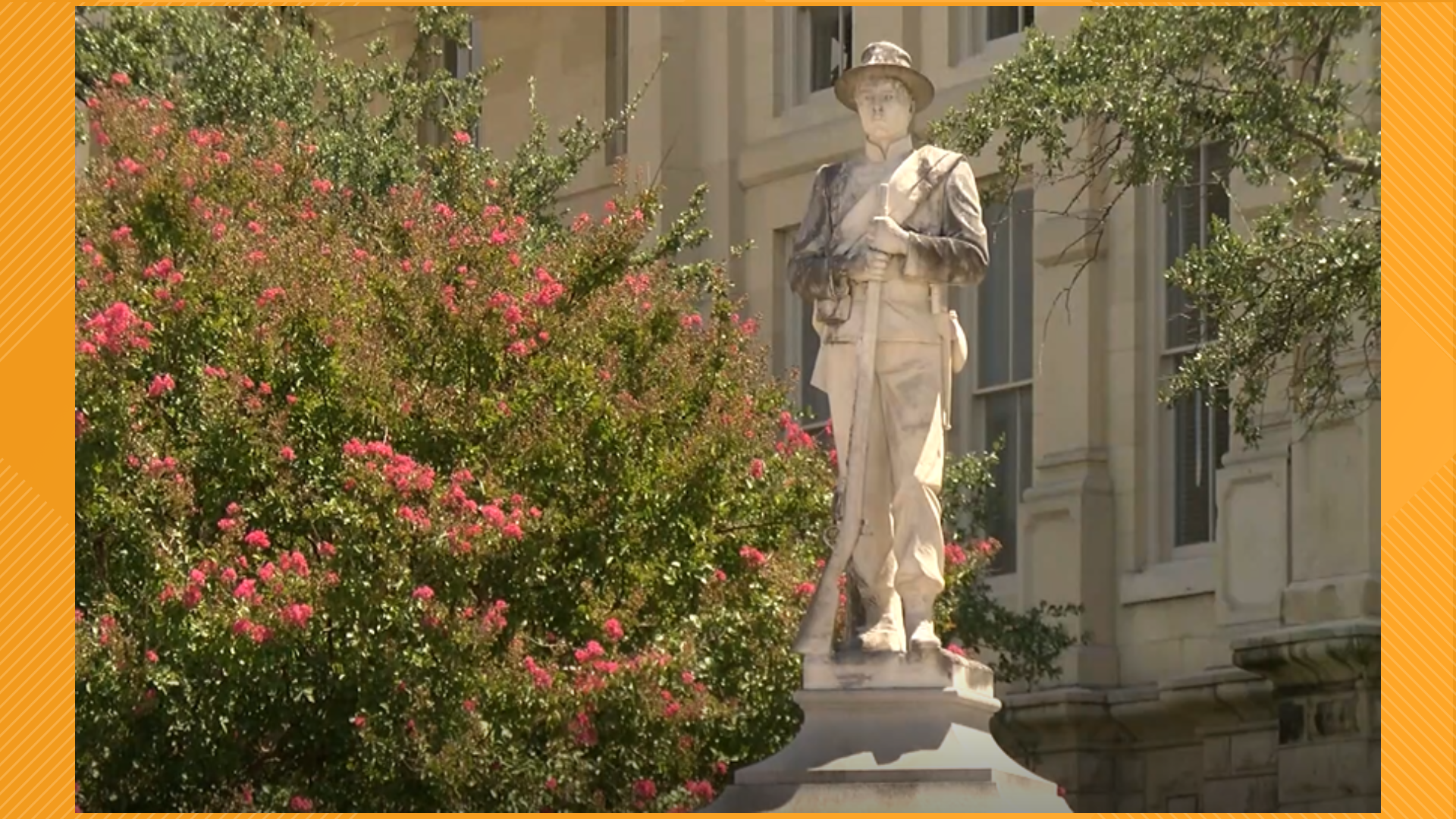 BELL COUNTY, Texas — The Bell County Commissioners met Monday afternoon to discuss whether or not to move the Confederate monument from the Bell County Courthouse lawn in Downtown Belton.

The meeting was held inside the Bell County Expo Center where around 50 people attended to listen and participate in the meeting.

The court heard from people who wanted to keep the statue where it is.

"The majority of people in this county do not want that statue removed," Salado resident John Perry said.

As well as those who wanted to see it moved.

"Please support relocating the confederate monument to a more appropriate setting, so Belton and Bell County can be the Central Texas role model that we all want it to be," Belton resident Josh Clements said.

There were pleas to move it, keep it and allow voters to decide the statue's fate. According to the Bell County Commissioners Court, it cannot be taken to a vote under current Texas law.

No action was taken Monday by the court, but Judge David Blackburn said he would be in favor of putting the decision up for the voters to decide.

"In my mind, the sheer amount of comments we've received this issue and the significance of this issue in terms of what it says about us a community here in Bell County. I think of Bell County deserve a say in whether this monument is retained in place or relocated. I really do think its a matter that should be decided by more than three people and three votes," Judge Blackburn said.

Judge Blackburn went on to say the people of Bell County deserve the opportunity to voice where they believe the statue should go and there is work to get it on a ballot.

In July, the Bell County Commissioners Court held a discussion on the possible removal and relocation of the statue. The topic resurfaced after Belton Citizens for Change called for the removal of the monument, which was met with strong opposition by supporters of keeping the statue on the courthouse lawn.Now, Commissioners held an open discussion on the topic, looking to gauge public opinion on the matter.

During the discussion in July, UMHB President Randy O’Rear said he has no idea what the cost of removing the statue will be, but if a decision is made to relocate it, UMHB will donate up to $10,000 to do it.