Drivers will start to see repairs being made to major roads and highways as early as next week. 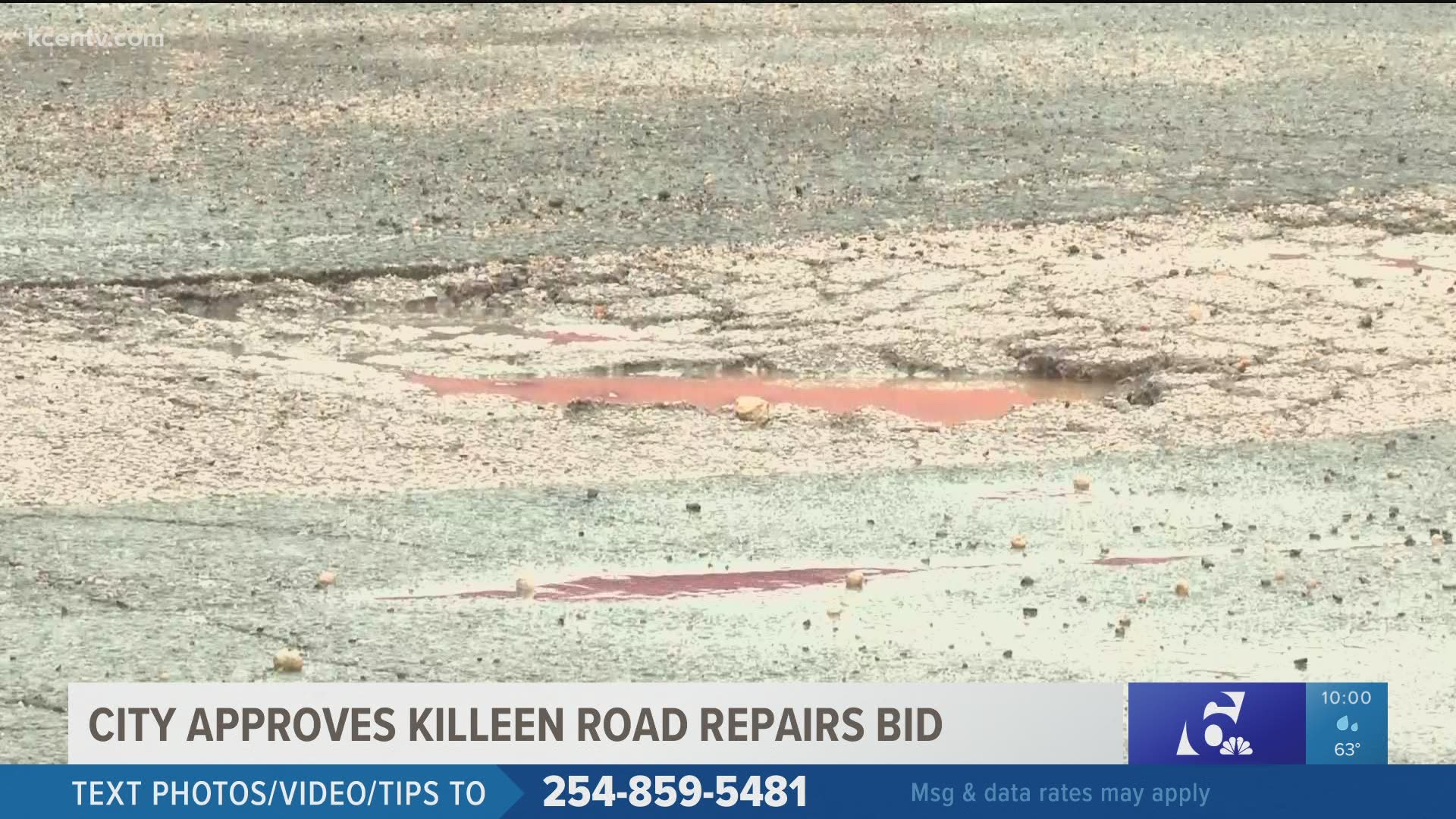 KILLEEN, Texas — Drivers can breathe a sigh of relief in Killeen as a $5.8 million bid to make repairs to the roads was approved by the City Council Tuesday night.

Winter storm damage in February caused major potholes and divots on numerous Killeen roadways and highways. In total, mayor Jose Segarra estimates that there is $40 million worth of damage. He said this is a project they've been working on now for a few months and are happy to get it approved.

“We started working on that as soon as the storm hit and I know that me as mayor and a lot of our city council members were getting those calls as to when were they fixing the roads," he said. "But we have to go through that process. First we had to approve the funding and we increased the funding to over $5 million.”

Since the damage occurred, the city has only been allowed to patch the damage but with a company coming in, they can now dig up the roads and re-pave them.

He said the project will begin sometime next week and it should take about 90 days to be completed. Segarra noted that the city has a few major priorities and public safety and infrastructure are right at the top.

"When it comes down to it, if we say we don’t have anymore money, what are the priorities?" he said. "Well public safety and roads, those, I think, are the primary duties of us as elected officials."

More than 30 roads were given approval and they will begin with the most highly-trafficked areas and school zones.