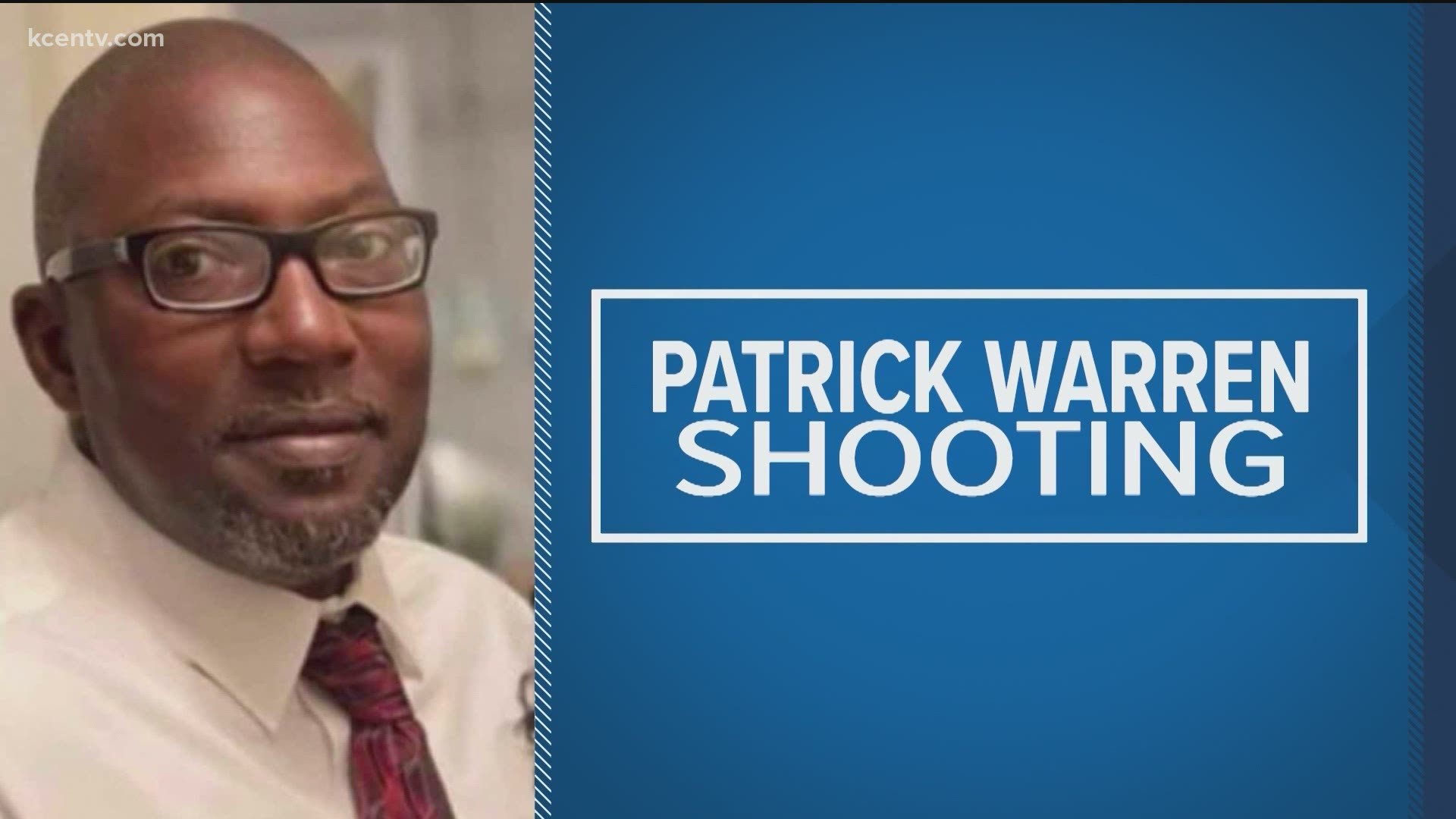 Kimble showed the graphic body camera footage to media members in the room.

The footage begins with Contreras pulling up to the house and coming to the front door. He's invited inside then leaves again to deescalate the situation and wait for backup, according to Kimble.

The footage shows Warren coming out of the house just 90 seconds later. He constantly repeats the phrase "take it by faith" and starts walking into the yard at Contreras. At this same time, Contreras is seen moving backward and telling Warren to get on the ground. He verbally warns Warren that he will use the Taser two times before finally deploying it.

Warren then falls to the ground and Contreras tells Warren to stay on the ground.

Instead, Warren gets back up and continues toward Contreras while picking up speed. The officer tries to retreat out of the yard while warning Warren that he is going to shoot him.  As Warren closes the distance at the edge of the front yard, Contreras fires his gun three times.

"It's a tragic situation. It's hard to watch. I'll tell you, we watched that video over and over and over," Chief Kimble told reporters Tuesday afternoon. "I can't imagine putting myself in Officer Contreras's shoes because I believe this video shows he waited till the last possible second to use force."

Kimble said he released the video because the narrative up to that point told a story that was not accurate. He also took issue with the accusations against Contreras.

"Officer Contreras was dealing with the incident right in front of him. He was not some rude, hostile officer who was not wanted in the home," Kimble said.

Kimble said a woman who identified herself as Bobbie Warren had called 911 the Sunday Warren was shot. He said the woman did ask for a mental health deputy but also said Warren was being aggressive and "almost physical" with their 25-year-old son. He said the call-taker also heard yelling in the background.

Kimble told reporters that Contreras was sent to the home due to the way Warren was described in that 911 call and because of the yelling in the background.

"Officer Contreras went to that home because someone needed help," Kimble said.

Kimble told reporters that it was not clear if Contreras knew of Warren's mental health history. Kimble said he had not been given the details of the mental health call that occurred just one day before with a Bell County deputy.

"There are things that we are not capable to deal with. Our tools are limited in dealing with persons with mental health issues," Kimble said.

6 News reached out to the Lee Merritt Law Firm about the new information Tuesday. A paralegal told 6 News the firm would hold a zoom press conference on Wednesday.

Kimble told reporters the Killeen Police Department decided to release the full video after seeing a video released by the Warren family that, taken by itself, contributed to an untrue narrative about the event.

"What you heard was one side. What you have reported on is an unedited video spliced up to tell one side of the story. I think that story needs further explanation," Kimble said.

Video from a doorbell camera that was released by the Warren family shows Warren walk out his front door and walk toward Contreras while waving his arms.

Warren walks out of view of the camera at which point Contreras used a taser on him.

The video then cuts to another shot that shows Warren get back up and continue toward the officer. One of Warren's family members can be heard telling Warren to sit down, and asking the officer not to shoot him. Then three gunshots are fired out of view of the camera.

Contreras was placed on administrative leave Warren's family wants Contreras to be fired and arrested.

The day before Contreras came to the house, Warren's family again called for a mental health deputy because Warren was having what Merritt called a "manic episode."

Another video from the doorbell camera, shows the mental health deputy at the front door. He goes inside and leaves more than an hour later with Warren.

Warren was calm and got into the back of the deputy's vehicle to be taken to the hospital.