The children's mother, Terrikah Haynes, was arrested on two counts of abandoning or endangering a child with imminent danger of death or bodily injury. 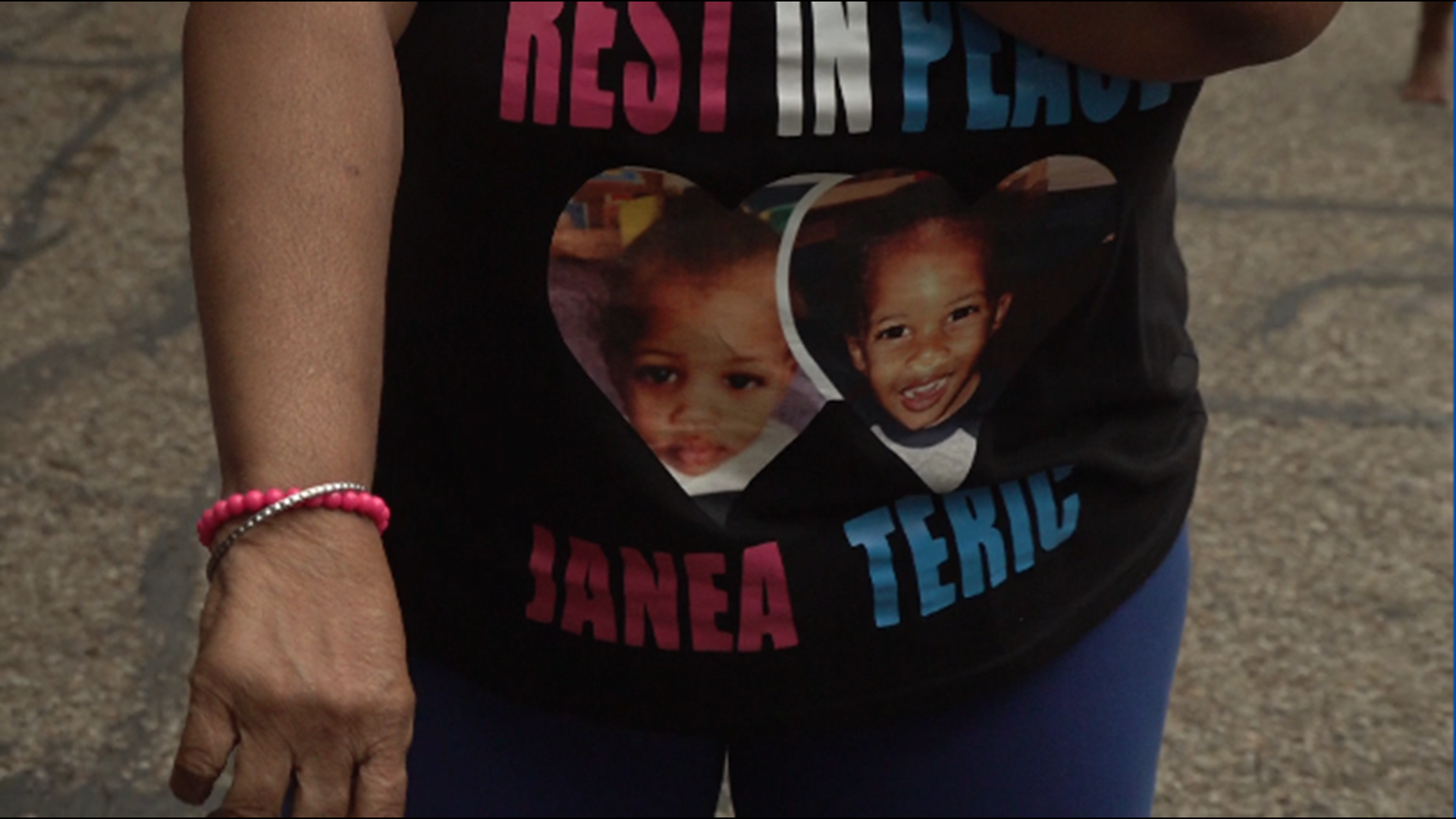 TEMPLE, Texas — The mother of two children who were found dead in a Temple home on Sept. 30 was arrested Wednesday.

Thirty-six-year-old Terrikah Haynes was taken into custody at Baylor Scott and White Hospital on two counts of abandoning or endangering a child with imminent danger of death or bodily injury after she was released.

The bodies of 2-year-old Teric Boyd and 1-year-old Janea Boyd were found in a home in the 1500 block of S. 35th Street after the Salvation Army asked Temple police for a welfare check.

RELATED: 2 children found dead in Temple home were there for days, police say

The officer called for a supervisor then saw a bedroom window that was broken from the inside. The officer removed the screen and shade and saw a “very young child who appeared to be very frightened” next to a woman lying on the floor, the affidavit said.

The officer climbed through the window and moved the 4- and 6-year-old girls to a bed, according to the affidavit. Haynes was conscious, would not speak, and appeared to have dilated pupils, the affidavit said. Teric and Janea were found dead.

The officer gave the two girls water before they were taken to McLane Children’s Hospital.

Arrest records said safety bolts in the home were locked from the inside, and the home had no electricity or running water. The water had been disconnected since Sept. 3, according to the document.

The affidavit said the officer saw empty 2-liter bottles of soda and juice boxes throughout the house, but “there was nothing to drink.” The only food in the house was a few bags of dried beans and uncooked rice with no way to prepare them.

The temperature inside the home was 87 degrees, according to the thermostat. The weather in the previous few days had been in the mid- to high 90s, the affidavit said.

According to investigators, Teric and Janea had been dead for more than a day or two and their bodies were decomposing.

The officer reported that the toilet in the home was full of waste. The tub did not appear to have been recently used and had coffee beans in it, the affidavit said.

Another officer who met the children at the hospital reported that the two girls' clothes smelled like decay and trash. The officer said the children also appeared to be thirsty and hungry. The girls described “living on fruit snacks,” the affidavit said.

According to Haynes' lawyer, Janna Gustafson, Haynes wants her two surviving children to be moved out of state.

Gustafson said Wednesday that the children have family out state they can live with.

The Centex Child Protection Court has started the process of a home study with the relatives to evaluate if they can take the children, Gustafson said. The process could take several months.

The two girls are in the care of Child Protective Services.

The investigation into Teric and Janea's deaths is ongoing.

A GoFund me was created to help with siblings' funerals and for the care of the surviving children. The money will go to the party who gets custody of the children.

Haynes is in Bell County Jail. It is unknown when she will appear in court.

Deputy dies, police chief's condition 'not very bright' after they were hit on Hwy. 6

Cause of fire identified at Temple bar Cactus Jack’s