Temple's SPJST building could be transformed into Central Plaza by the end of 2021. The project will create 19 apartments in the city's downtown area. 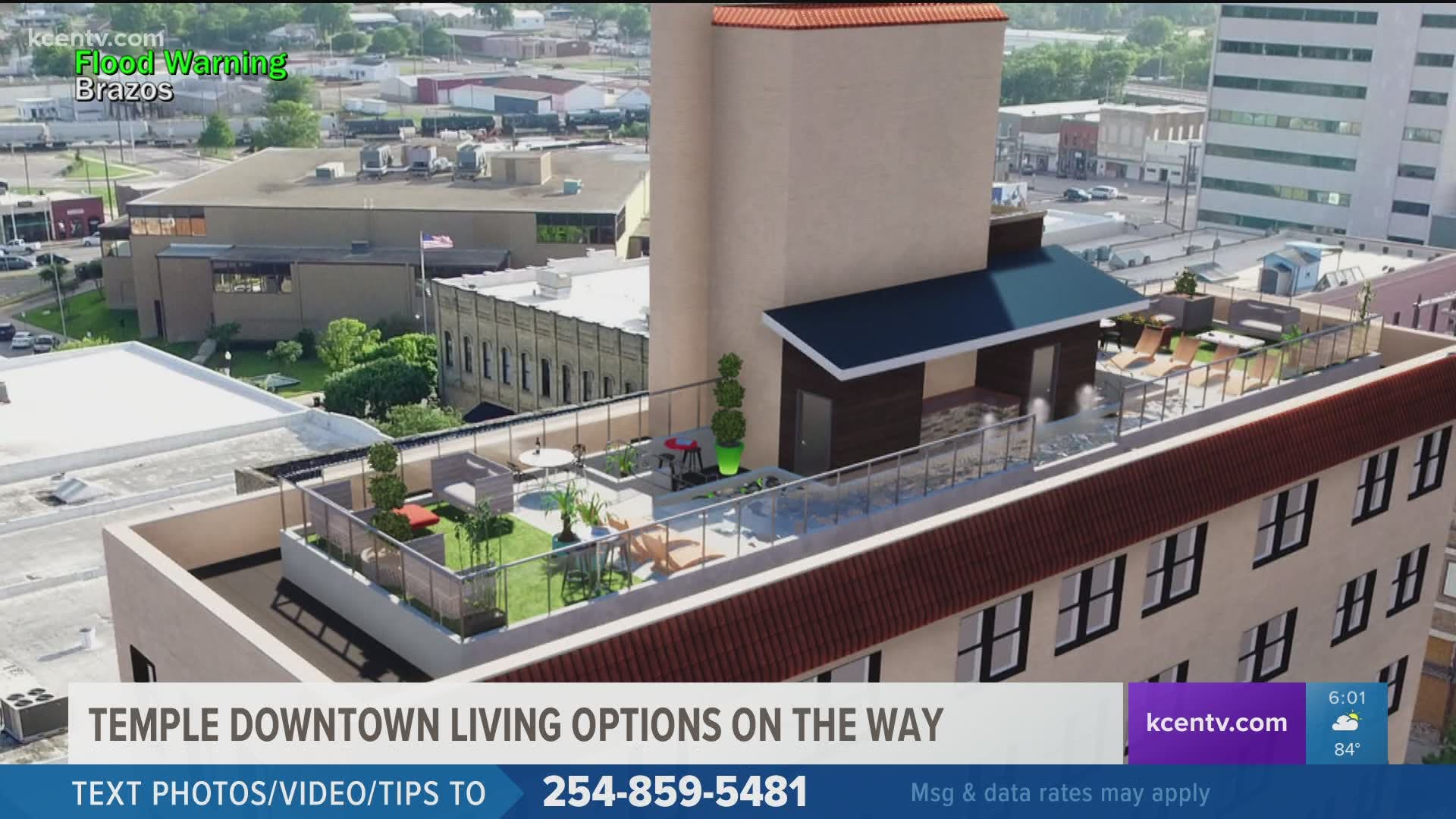 TEMPLE, Texas — Velen Marimuthu, CEO of VMR properties group, discovered Temple's SPJST building back in 2018. With Temple located between Austin and Dallas, Marimuthu was sure the city would continue to grow. He decided to take a chance on and revitalize the building.

"I used to work for historical hotels and that brought a passion for working with historical buildings themselves," Marimuthu said.

Three years later, VMR has started construction and anticipate an end date in 2021. The project costing around $4 million, would revitalize the building to create a retail space on the first floor and apartments on the next five floors. Marimuthu said it would provide 19 apartments and they would range from one-bedroom studios to three bedroom apartments.

He was excited about keeping parts of the original architecture.

"As you go higher it has a lot of windows. Every angle of every room you have big spacious windows with natural light," Marimuthu said.

The building also has an elevator shaft that goes all the way up to the roof. Marimuthu told 6 News the building was constructed in 1929 during the great depression and it was originally supposed to have two additional floors, but they were never built.

The development company decided to put a garden on the roof with a "water feature" that the public could access. It would not be a pool, but would ideally be something to help people cool down.

"It may be two feet deep or something like that and circulate water," Marimuthu said. "You can wet your feet...kind of sit around it."

The building sits right across from the historic Hawn Hotel which is being considered for revitalization by Turner Behringer Real Estate. The company told 6 News they are looking at retail options as well but wanted to wait and release full details at a later date.

Marimuthu said being the first to create a large downtown living space in the city is a risk, but they believe it will pay off.

"It kind of creates something new that is not there," Marimuthu said "There is a little risk involved. However it is a calculated risk knowing how the city is improving."

The City of Temple is also investing heavily in the downtown area, and has already committed to two parking structures in the area. One would be right next to the Hawn and may be used for resident parking for the two developments. Those would start construction in the fall of this year.

Marimuthu told 6 News he believes the projects will be successful, and will be the beginning of a downtown living trend for the city.

"Once this is successful, and the Hawn is on its way, you are going to see other projects in the same area coming along," Marimuthu said.

Marimuhu said they are still optimistic to finish construction this year.