The Temple branch of the NAACP responded to the death of Michael Dean at a public press conference Wednesday. 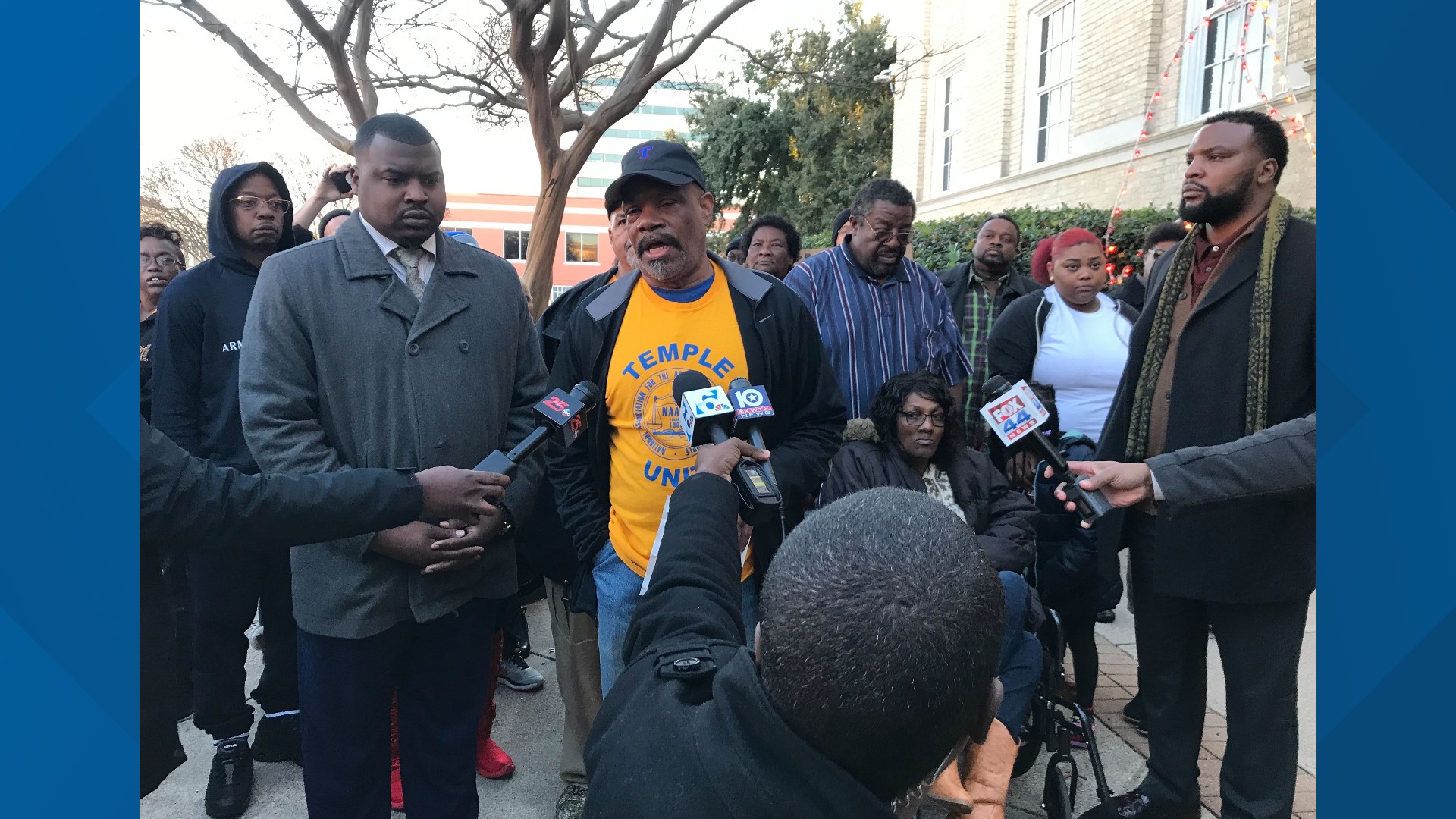 TEMPLE, Texas — The Temple branch of the National Association for the Advancement of Colored People held a public press conference Wednesday in response to a fatal shooting involving an officer with the Temple Police Department.

Michael Dean, 28, was killed Dec. 2 in the officer-involved shooting.

TPD released few details in the wake of the shooting.

Michael's mother, Christine Dean, said an officer showed up at her house at 1:30 a.m. to tell her that her son had died but didn't say anything about the circumstances that led to the shooting.

Attorney Lee Merritt held a press conference Friday afternoon with Michael's family behind him to ask for more transparency from the department.

"We have no indication whatsoever as to what caused this officer-involved shooting other than a traffic stop," Merritt said.

Interim chief Jim Tobin held a press conference later Friday as well to say TPD could not release more details because of the ongoing investigation by Texas Rangers.

More than a week after Michael's death, TPD identified the officer involved as Carmen DeCruz, who has been with the department for nine years.

When 6 News requested a picture of DeCruz, Temple spokesman Chris Christoff said in an email that an open records request would need to be submitted with City Secretary’s Office, citing Texas Local Government Code 143.090.

"You will need to submit an open records request with the City Secretary’s Office for his photo. Pursuant to Texas Local Government Code 143.090, the officer did not authorize TPD to release his photo.

"The Law states that a department, commission, or municipality may not release a photograph that depicts a police officer unless:

"(1) the officer has been charged with an offense by indictment or by information;

"(2) the officer is a party in a civil service hearing or a case before a hearing examiner or in arbitration;

"(3) the photograph is introduced as evidence in a judicial proceeding;  or

"(4) the officer gives written consent to the release of the photograph."

DeCruz was not injured in the incident and was placed on administrative leave pending the outcome of the investigation, according to TPD.