The board adjourned its special meeting on Tuesday, following a closed session that lasted longer than four hours. When it continued Thursday, the board immediately went into closed session. More than two hours later, the board came out and ISD board president Pat Atkins announced Nelson made the choice to resign. 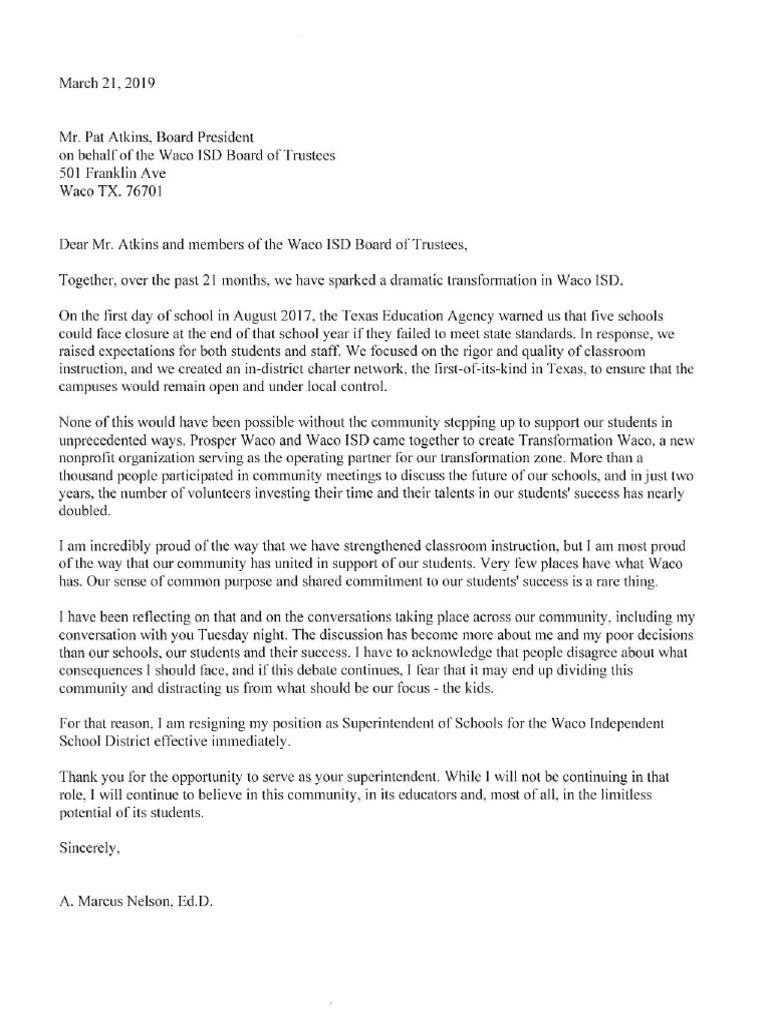 Waco ISD said it agreed to release Nelson from his contract, and will pay him $96,000 over the course of four months. He will receive four checks of $24,000 in that time frame, the ISD said.

"Yes, I am hopeful we will have a resolution of this situation today.

Board members met with Dr. Nelson for approximately an hour. During the meeting, he seemed contrite and embarrassed, and he attempted to lay out ideas for a path forward for the district.

The board spent the remainder of the time in closed session discussing the matter among ourselves."

Nelson was arrested on a misdemeanor marijuana charge on March 6, the Robertson County Sheriff's Office said. A state trooper pulled him over for driving in the passing lane on US 190, the probable cause statement said.