Non-profit Operation Phantom Support's goal is to make things easier on military families living paycheck to paycheck but, they are now on the verge of closing 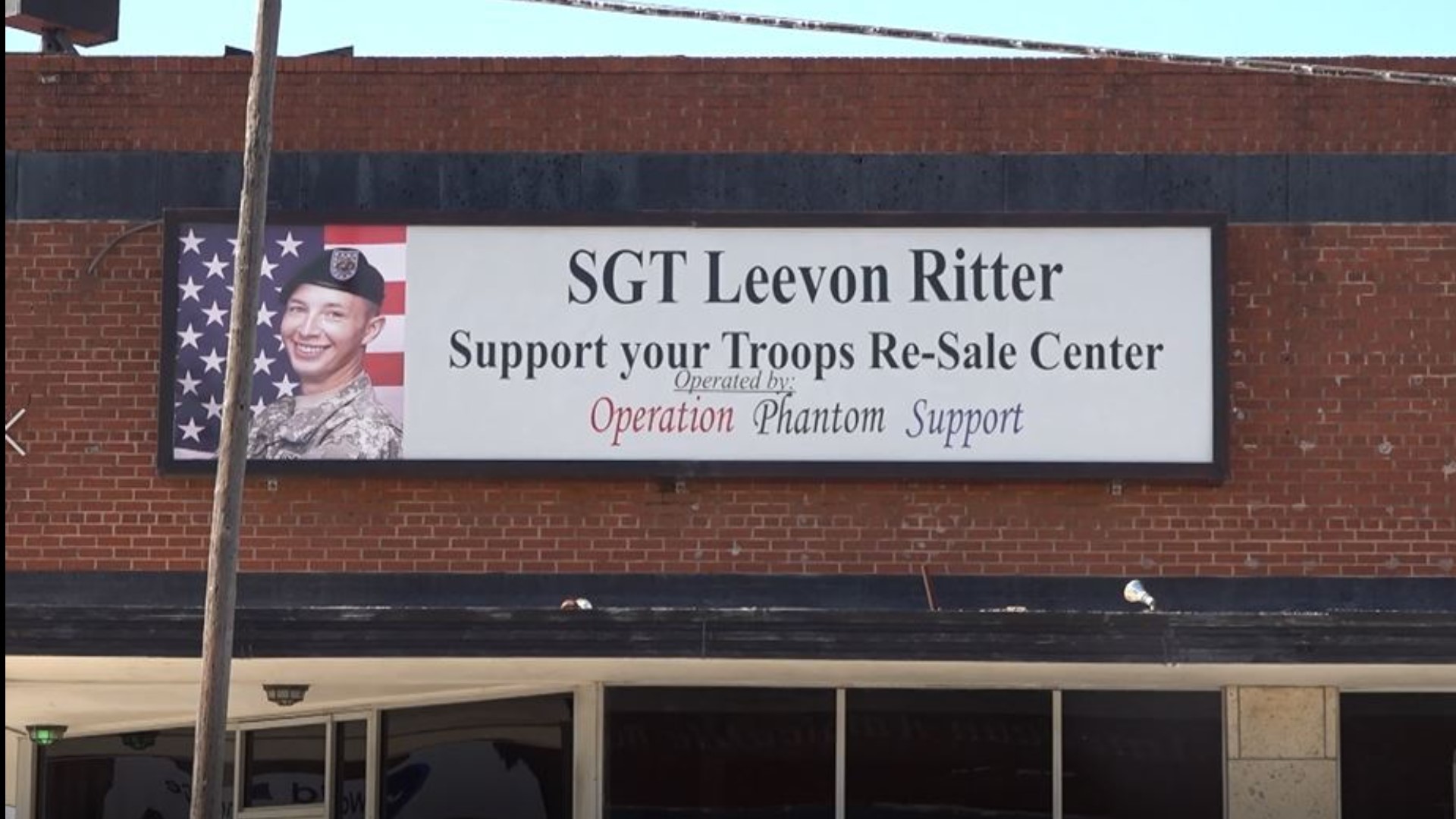 KILLEEN, Texas — Non-profit Operation Phantom Support's goal is to make things easier on military families living paycheck to paycheck but, they are now on the verge of closing.

Founder and CEO, John Valentine spent 20 years in the Army. He said he just wants to help military families.

"We don’t look down on anybody who comes in here. We just help them,” Valentine said. “It doesn’t matter what rank they are, or what rank they were. What matters is they need help and that is what we try to accomplish.”

Inside the Killeen building at 401 N. 8th Street, there is a thrift store and a pantry. The non-profit also offers free birthday cake programs and backpack giveaways just to name a few.

Due to COVID-19, they are facing closure because donations have dropped significantly.

"If everyone could afford to donate one dollar each, we would be able to make it for another year," Valentine said.

Previously, Operation Phantom Support received the Small Business PPE Loan from the government, which temporarily helped them push through. But now they are down almost 40 percent of what they normally bring in.

Valentine said Operation Phantom Support is about $7,000 short every month. Other than asking for donations from the community they are also reaching out to other businesses to help them make it through the next couple of months.

“I would be heartbroken if we had to close because I put a lot of blood sweat and tears into this place,” Valentine said. “We have a lot of wonderful relationships and a lot of people who come here. They know us, and we know them. It is like we are family now.”