A Second Chance at Life: Local veteran tells her story of life after surviving suicide attempt

Almost 11 years after a cry from her daughter interrupted her suicide attempt, a local vet is moving forward in life as a successful business owner in Round Rock. 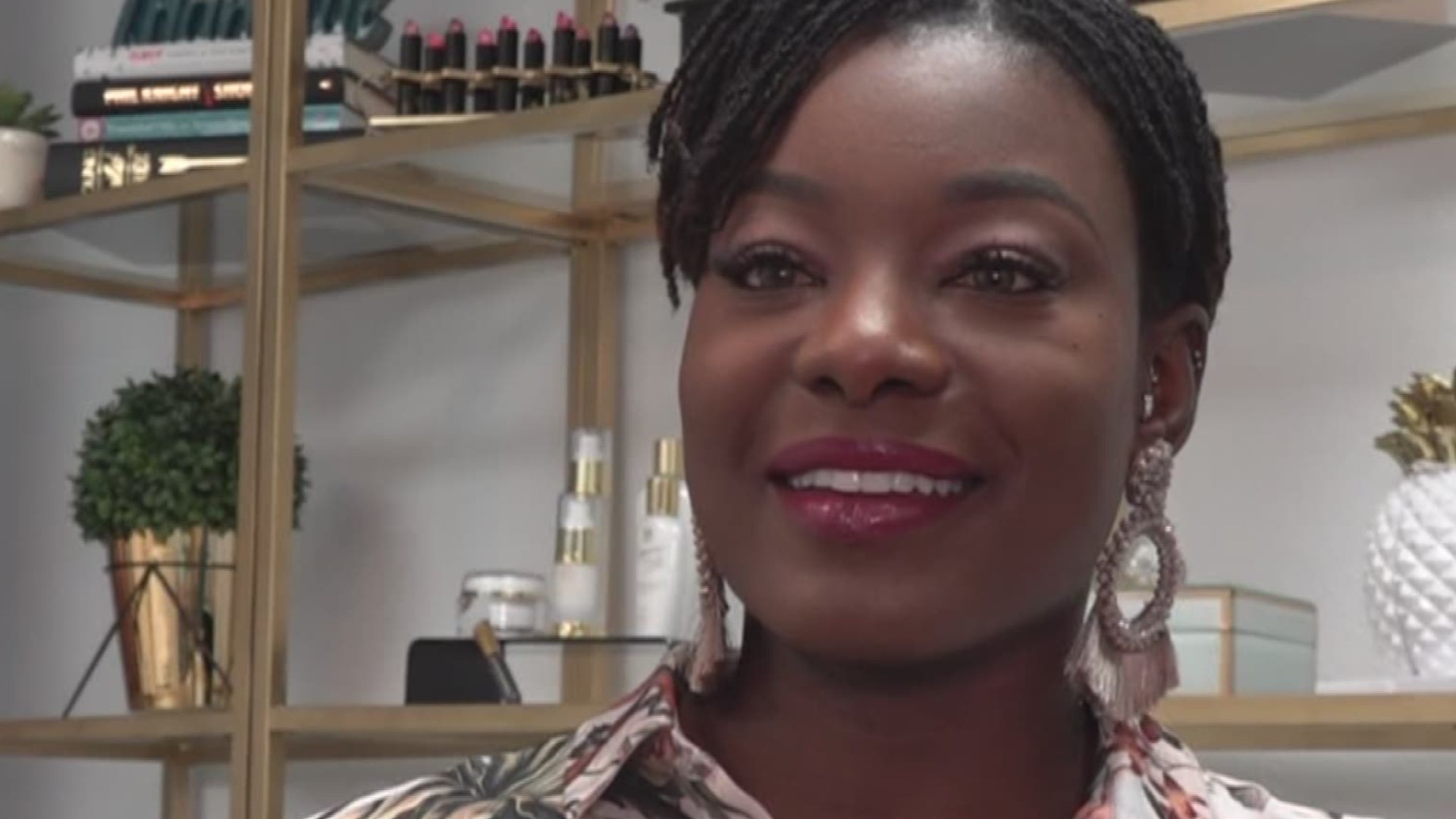 Vivianne Pearson is a United States Army veteran who proudly followed in the footsteps of her family at Fort Jackson in South Carolina.

It was while she was stationed in Fort Jackson that she says she went to get a drink with her sergeant, someone she barely knew, when he forced himself on to her.

"I was cornered," she said. "I was just fighting this particular sergeant off of me. It was the most scariest, intimidating, anxious experience that I've ever had to experience because I'm thinking to myself, 'Your wife is even here.'"

Pearson said that assault in 2006 shaped her military experience. She said the sergeant who assaulted her made it a point to make her life unbearable after a report was filed.

“There was a report made about the party. He thought I reported him,” she said. “But in all honesty, I didn’t. Not at all. My life was a living hell from day one after that.”

In retrospect, Pearson said she knows keeping her silence was a mistake. She believes that men and women who in those situations need to speak up and know there’s no shame in doing so.

“Unfortunately, I kept silent,” she said. “I didn’t talk about it, but I was only hurting myself internally.”

Pearson described her time in the military as heartbreaking. It was nothing like she imagined it to be from the outside looking in.

“I didn’t feel safe anymore,” she said. “It was heartbreaking, and I had to ask myself, 'Why am I even here?' Suicidal thoughts probably crept in then, but it wasn’t pronounced.”

The sexual assault was the beginning of a professional downfall in the military for Pearson.

She said a knee injury shortly after derailed her career further before she was granted a medical discharge in 2007.

Her military career, so promising when she enlisted in 2005, ended just two years later as she transitioned into civilian life.

Pearson, suddenly out of the military with a knee that wasn’t healing and suffering from PTSD, found herself in front of three different therapists in a short period of time. None of them could help her.

She said her lowest point came in October 2018, when she got in her car and headed out on the road.

“I was done. I was done,” Pearson said. “I was done feeling purposeless.”

The memories of that day stay vivid in her mind.

“I never look at 183 or the on-ramp to MOPAC the same way,” she said. “I always used to make that drive and I used to think to myself, 'It’ll be quick, go really fast. It’ll be quick, and it won’t hurt.'”

She said she was, in her mind, committed to ending the pain, the agony, the hurt from the military and what that unnamed sergeant did to her.

“I kid you not, I forgot my daughter was in the car,” she said, looking down, re-living the moment her life changed forever. “She just made a noise, letting me know that she was hungry or something and I was like, 'Oh, oh my goodness.'”

Pearson’s daughter, just six months old at the time, was strapped in her seat as Pearson contemplated driving off the roadway and killing herself below.

She said her life changed in an instant.

“When I heard my daughter, my legacy, in the back,” she said. “That freaked me out. It scared me. What are you doing? This is not okay.”

That moment started Pearson on a journey to find herself again and taking back what she said was stolen from her just a few years by the sergeant she still won't name.

“There was a rush of love,” Pearson said. “There was love. It’s bigger than you. I questioned everything when I heard that little voice.”

Pearson knows after all these years her daughter's small cry was magical.

“If she did not cry, or whimper, I probably wouldn’t be here today, and that would have been very selfish of me because I would have robbed her of her life as well.”

Pearson said the change for her began when she realized she needed to seek help and take back control of her "why,” which she says is different for everyone.

“I was done. I was exhausted, and I felt like you could see it in me,” she said about her initial visit to Dr. Wellington’s office. “But when I sat in her chair, I didn’t have to say much of anything, and she just simply looked at me and said, 'I’m not going to let you give up on yourself.'”

Peason said that was a pivotal moment in her recovery. She openly wept in her office knowing, for the first time, there was light at the end of the tunnel.

Almost 11 years after that whimper interrupted her suicide attempt, Pearson is moving forward in life as a successful business owner in Round Rock.

Her line of cosmetics, Vivi Coutour, is her passion. She said there’s always hope, even when it seems times can't get worse.

But it takes work-- and hard work at that.

“All the obstacles that came across my way, I got up. I made a choice to get up with purpose,” she said. “I didn’t quit on myself. If you don’t get something right the first time, don’t see it as failure. See it as an opportunity to learn and move forward.”

Pearson knows suicidal thoughts, tendencies and the feeling of being lost all too well. She readily admits she still struggles with depression but wants other to know that suicidal thoughts shouldn’t be taken lightly.

“If you know somebody who is experiencing suicidal thoughts,” she said. “Be there for them. Half the time, that’s what they need.”

There are resources for anyone battling with suicidal thoughts or actions:

The Suicide Prevention Lifeline provides 24/7 support for anyone contemplating suicide and has veteran-specific resources. The Lifeline is free to call, anytime at 1-800-273-TALK (8255). The Crisis Text Line is a similar service that can be reached by texting HELLO to 741741.

The Veterans Crisis Line deals specifically with veterans in crisis, offering free call, chat or text support for people who have served our country.