"I was getting relieved from watch to go eat breakfast when it all started," JC Alston said. 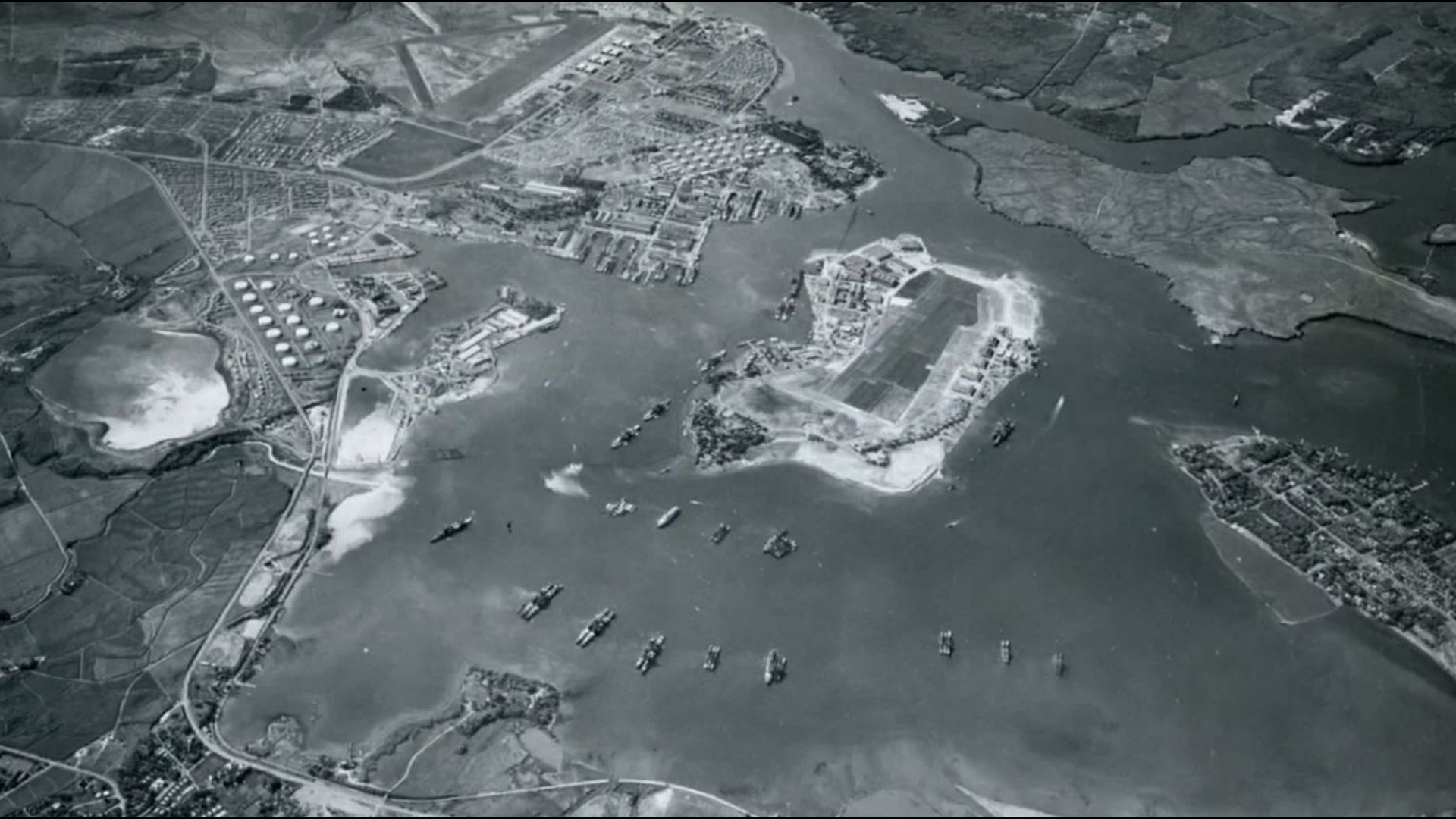 TROY, Texas — U.S. Navy veteran JC Alston served on the U.S.S. California when it was attacked on Dec. 7, 1941, at Pearl Harbor. It was a day he said he'll never forget.

"I was getting relieved from watch to go to breakfast," Alston said, looking down and remembering that deadly day.

He said he didn't see it coming.

"You know, it's such a surprise. You all of a sudden are fixing to go have breakfast, and then there's all these planes, and they start putting out torpedoes and bombs and strafing," he said.

Alston said the Japanese attack came when all three fighting groups were stationed at Pearl Harbor, a first, in five weeks following daily target practice. One group was always out at sea.

"You could see the plane, you could see it. They mark it on there," Alston said, remembering the moment he looked up in the sky. "You knew they were Japanese because it was a rising sun on the planes. So it was no doubt who it was."

Alston's house is littered with memorabilia, including a map of Pearl Harbor, where all of the ships were stationed that day in December 1941.

"Now this ship pulled in," he said, pointing at the map near where his ship, the U.S.S. California, was sitting in the water. "That ship was full of aviation gasoline and if they would have hit that, I wouldn't be here today."

When asked what he remembers the most that day in Pearl Harbor, and throughout the war, he said he'll never forget the Japanese suicide bomber planes that would drop out of the sky.

"One of those planes, part of the wing landed on the quarter deck. They got that close before they blew him up," Alston said. "The second one, a motor out of the aircraft hit the side of the ship."

Alston's gaze shifted downward as he remembered the moments of war.

Fast forward three years and eight months from the attack on Pearl Harbor, the United States dropped the first atomic bomb on Hiroshima, on Aug. 6, 1945. Three days later, after warning the Japanese to surrender, they dropped the second bomb on Nagasaki, killing 120,000 people.

"They told them what they were going to do," he said. "And finally, the Emperor said, 'They're going to ruin our country. We've got to give up.' So, they did."

"I wouldn't change anything," he said matter-of-factly as he crossed his arms against his chest. "I'd still do it. I mean, I'd volunteer to do it. I wouldn't have to, you know, get drafted."