Baylor President Linda Livingstone said it has been a crazy time but it really doesn't get much better than this for the school. 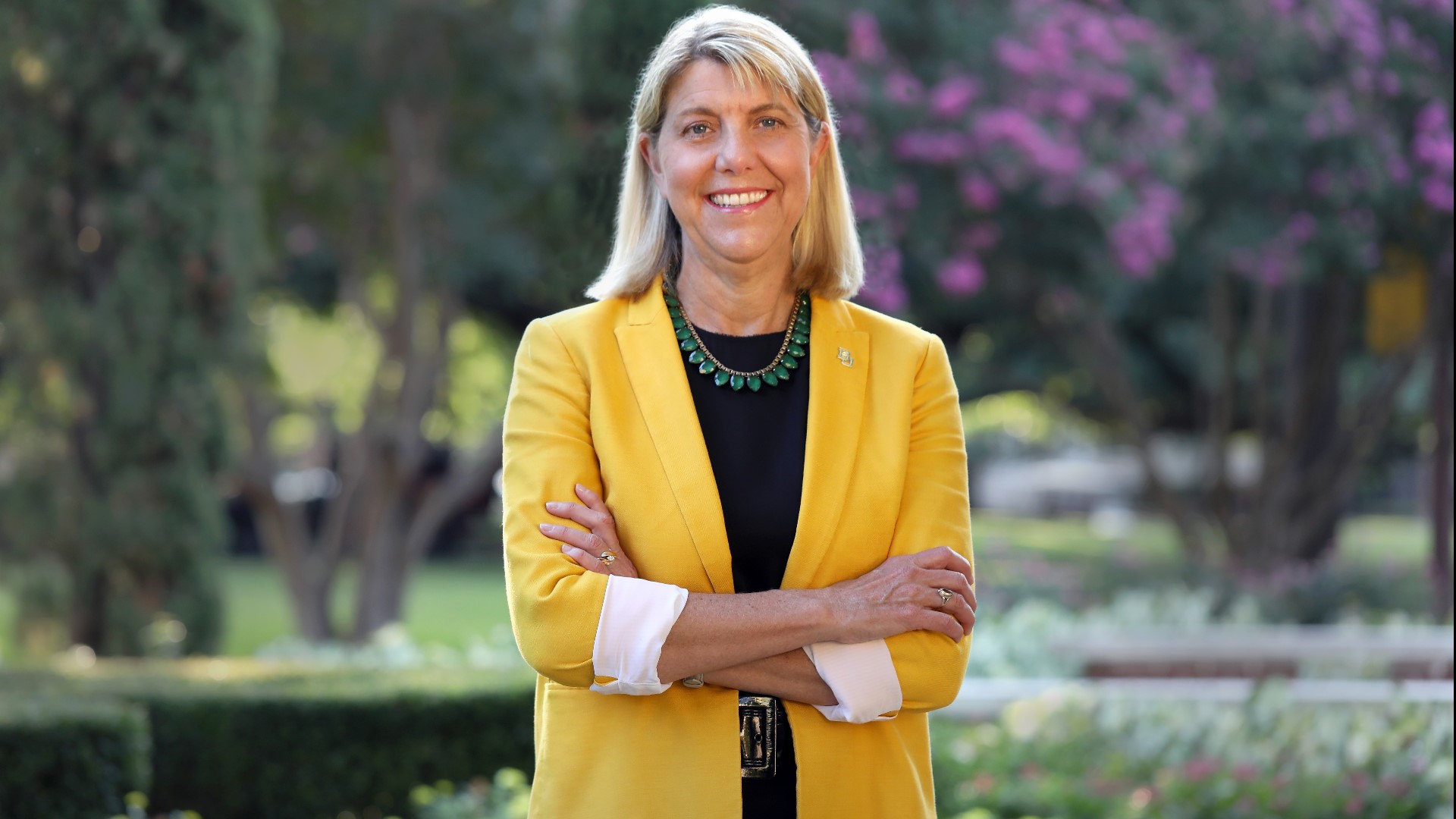 INDIANAPOLIS — Saturday is game day for the Bears and Baylor President Linda Livingstone has had quite a few busy weeks in Indiana.

Livingstone had been in Indiana three times in just one month to support the men's basketball team. She even went to San Antonio to support the Lady Bears as well. Livingstone said it has been a crazy time but it really doesn't get much better than this for the school.

"It's just been great for the university because it gives us a chance to showcase what we're about and tell our story and go beyond just what our basketball team is doing," Livingstone said.

Coach Scott Drew had led the team since 2003. He has not only turned the program into an empire, but he has also recruited athletes that reflect Baylor and its culture to a T.

"I love their theme of joy, Jesus, others, yourself. It really represents our Christion mission so well," Livingstone said.

One thing Livingstone and Drew have in common, they both arrived in Waco after a scandal.

"We both felt called here at a particular moment to lead the university forward," Livingstone said.

Livingstone said that Drew's willingness to stick with it to get to the point with his team says a lot about his character and the love he has for the Baylor Bears.

because of that, Drew has become a fan favorite on campus, even though COVID-19 has restricted a lot of students from coming to Indiana

"We know there will be Baylor Bears cheering and screaming all over the country," Livingstone said.

Livingstone said Baylor is the National Champion in her personal bracket and hopes it will be Bears vs. Zags in the finals.