Landrum was a four-time All State selection at La Vega. 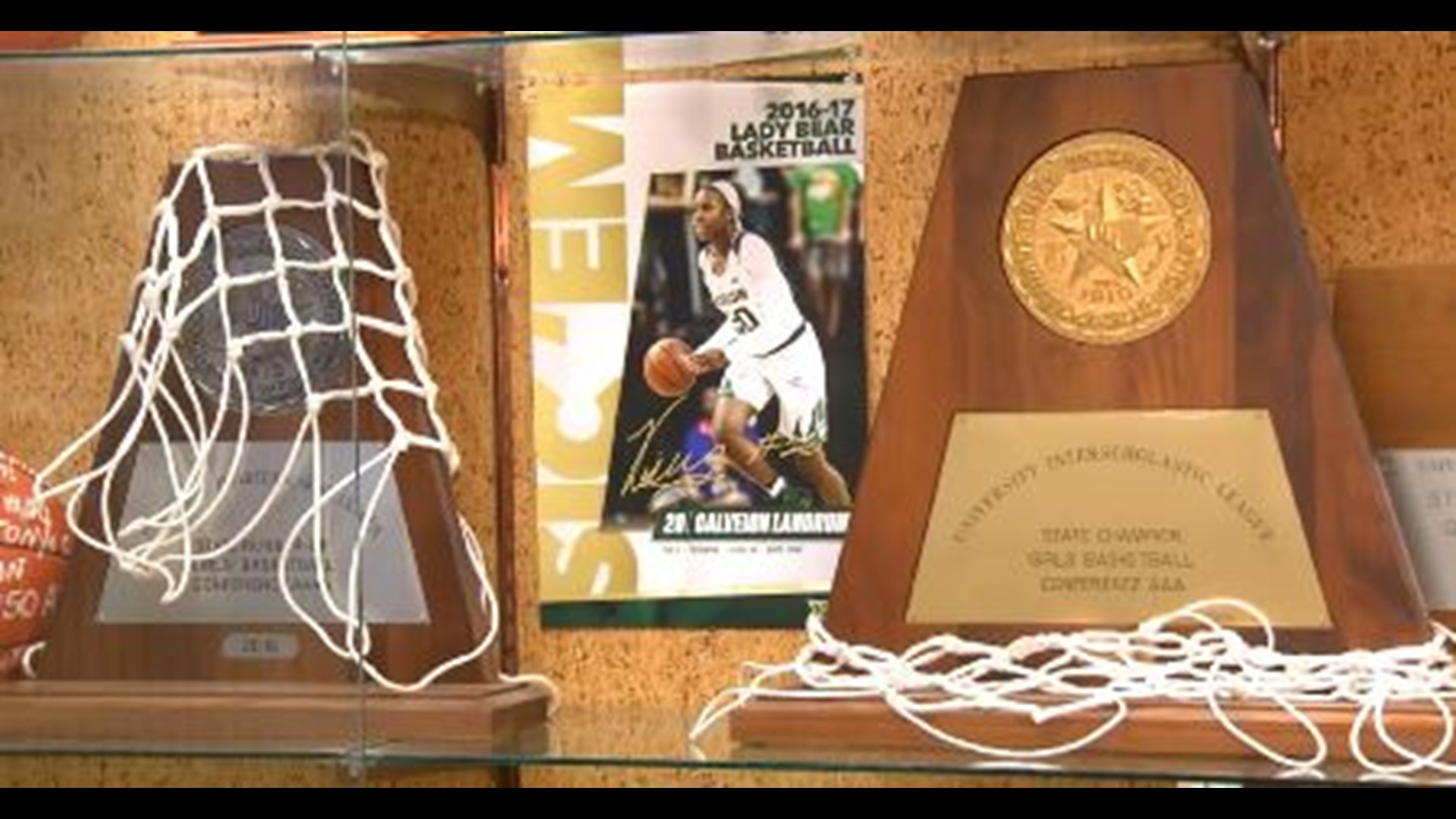 TAMPA, Fla. — Juicy Landrum is a well-known name throughout Central Texas, but that's not just because she's a star for the Baylor Lady Bears. Before she put on the green and gold, she rocked the La Vega blue and gold.

"I always knew she was special," said Jeff Jefferson, one of Landrum's former high school coaches.

If you've watched Landrum play at all, then you most likely agree with Jefferson.

"I knew that when she got to college she could stoke it. She could shoot the basketball. Not only that, she's a very unselfish player, she gets everybody involved. If you need her to score she can score. She put us on her back and she basically led us to state four years in a row," Jefferson said.

"When I graduated, I knew I was going to Baylor when I signed, but I didn't think I'd be here at a Final Four with one of the best coaches in women's basketball. It's a blessing to be able to be here," Landrum said.

She is Baylor's best outside shooter. Landurm averages 11.3 points per game. Despite starting every game, except one this season, she still gets goosebumps when she hears her name announced.

"It's real special running out of the tunnel and just hearing the crowd scream and looking up at the big screen and seeing it says Waco, Texas," Landrum said with a smile. "That's a pretty big thing with me being the first recruit that coach Kim (Mulkey) recruited from Waco. It's a really big thing and I'm able to represent Waco and La Vega in a good manner."

As Landrum continues to make an impact for the Lady Bears, she's doing the same for her Alma Mater.

"Our young kids in our program, 7th and 8th grade, are wanting to go to the Baylor games more often than ever because she's playing," said Suzette Gill, another one of Landrum's high school coaches. "We have people in the community asking questions about Juicy. The community has just come together and the students here are just so excited for this Final Four."

Landrum and the Lady Bears take on Oregon in the National Semifinals on Friday at 6 p.m.

Together to Tampa: The KCEN News team takes over sunny Florida