Mulkey accepted the AP and WBCA National Coach of the Year awards in Tampa Thursday afternoon. 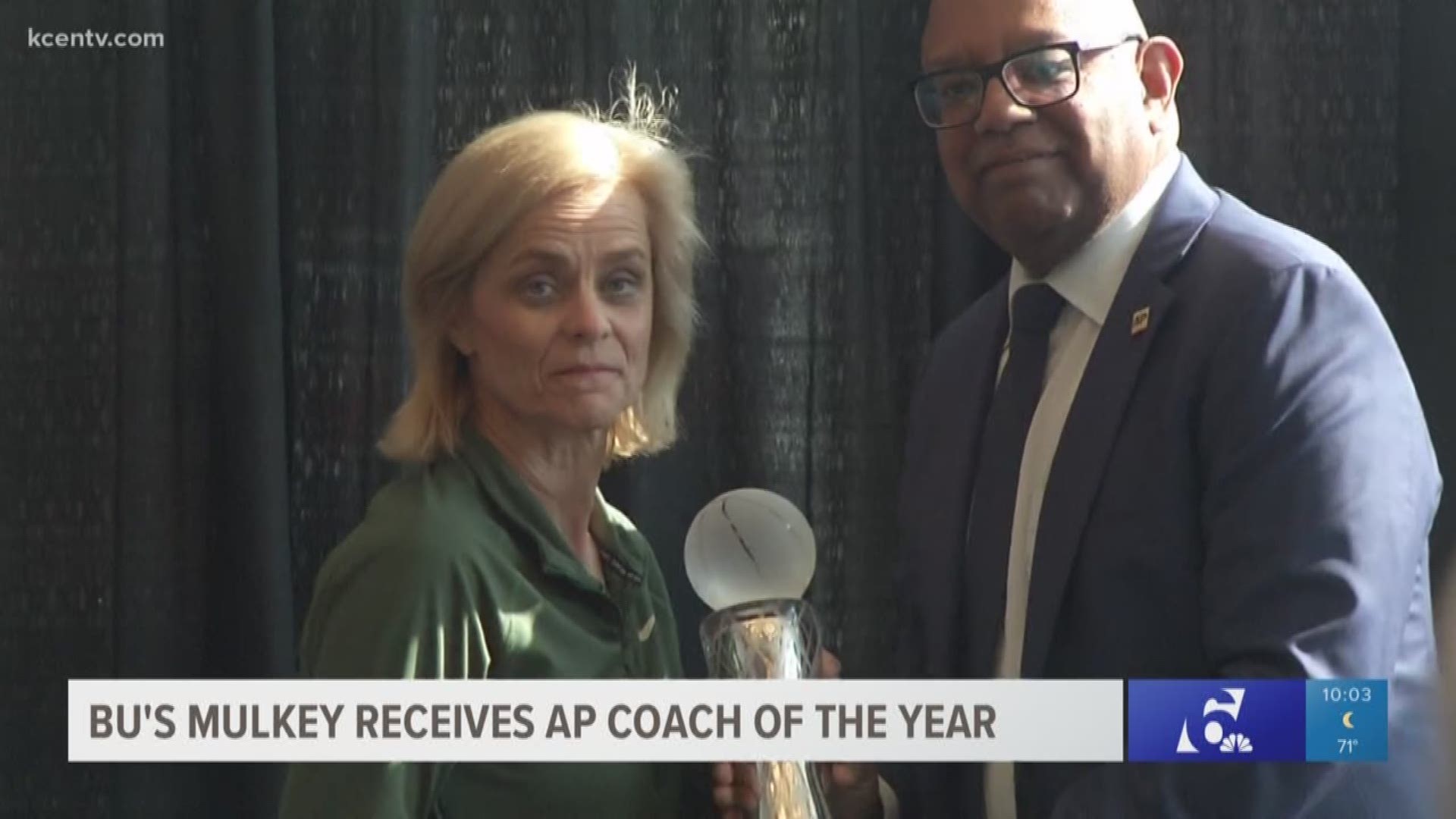 Mulkey is collecting honors left and right this season: She was already named the Women's Basketball Coaches Association National Coach of the Year and the Big 12 Coach of the Year. She accepted the AP and WBCA award in Tampa on Thursday.

Mulkey has 574 career wins and ranks number two among active Division I head coaches with a .853 winning percentage. She has 20 Big 12 Championships under her belt, 18 NCAA Tournament appearances and four Final Fours.

Mulkey's Lady Bears currently have a 27-game win streak, making them the hottest team in the nation. Her squad is seeking the program's third national title under her tutelage this weekend.

She was also named the AP Coach of the Year in 2012, when the Lady Bears won their last national championship.

Tipoff against Oregon is set for 6 p.m. Central time Friday at Amalie Arena in Tampa.