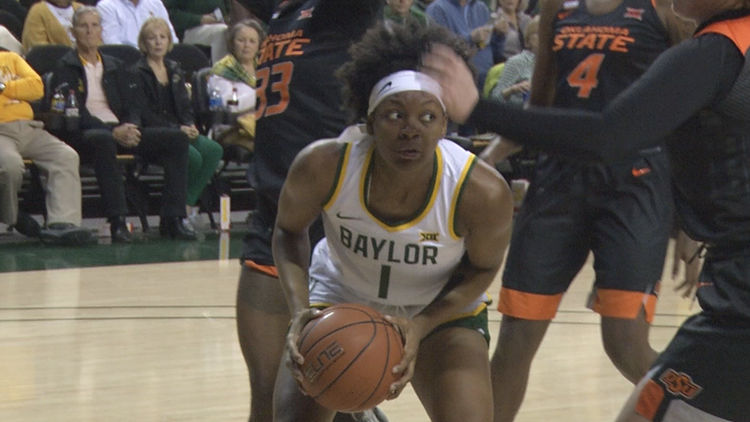 Baylor sophomore NaLyssa Smith’s solid season received an extra punch to her resume as she earned Big 12 Player of the Week honors.

Smith shined on the National stage last Thursday, dropping 20 points and 12 rebounds in a 74-58 win over No. 1 UConn. She was nine of 13 from the floor and scored 10 consecutive points in the fourth quarter as a part of Baylor’s 15-0 run that helped the Lady Bears defeat a No. 1-ranked team for the second-straight season.

The San Antonio native built on her performance on Sunday in Baylor’s Big 12 opener with Oklahoma State as she poured career highs in both points and rebounds with 30 and 15, respectively in the Lady Bears’ 94-48 victory.

For the week, Smith shot .636 from the floor for the week, bringing her season’s field goal percentage to .605, which ranks 14th in the nation and second in the Big 12. Smith earned Big 12 Freshman of the Week last season, but Monday marked the first time in her career to take a Player of the Week honor.

She joins Juicy Landrum and Te’a Cooper as weekly award winners for the Lady Bears this season.