"Texas has a little something to say about Whataburger selling out to Chicago," rapper Matt Upshaw says 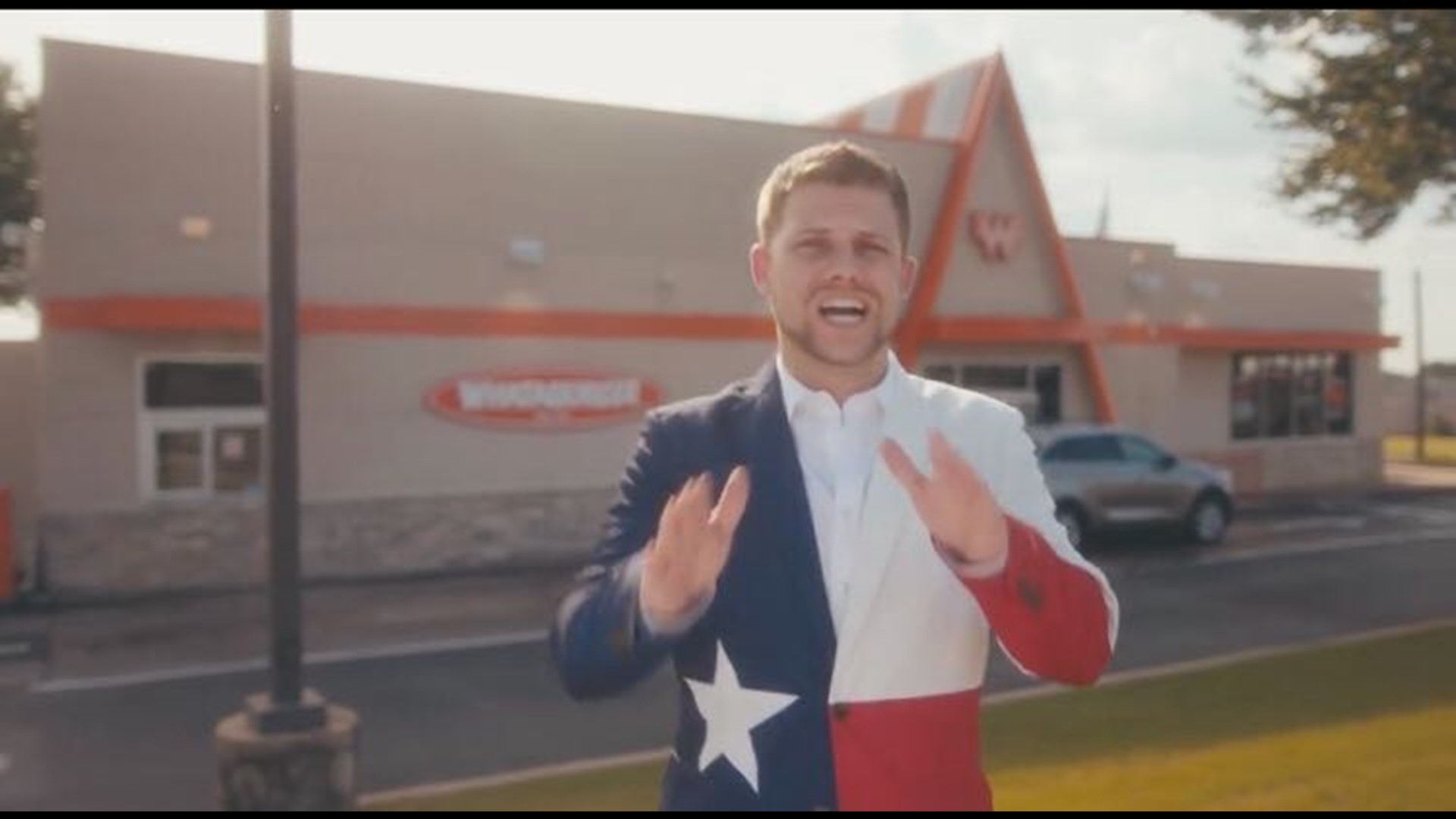 A Waco man and his friends have gone viral after rapping a catchy song about Whataburger.

On Friday, Matt Upshaw and his crew vented their frustration about Whataburger’s announcement that it's selling to a Chicago-based company to help the chain expand.

RELATED: JJ Watt on Whataburger sale: Let's buy it back!

“I met Harrison, the owner of Black Mountain Cinema, at a wedding. Then we started gaming online together. Then I met his friends online too, lol," Upshaw told 6 News. "Found out they are songwriters and producers and with Harry’s talent with a camera, we started joking about making a video about Whataburger.

"I told Seth Brasher to send me a beat. I started writing a rap and then I sent it to Cooper Bascom (the guy singing in video) and he played with it and made the hook more catchy and added his voice. At that point we were like, 'Yeah we are doing this.'”

The video has garnered more than 34,000 views on Facebook and has been shared hundreds of times.

Decorated US service member killed in action in Afghanistan was from Teague, Texas