"Just to have, you know, your name and your profession tarnish like that and the matter of a day is just really scary," said Amanda Martinez. 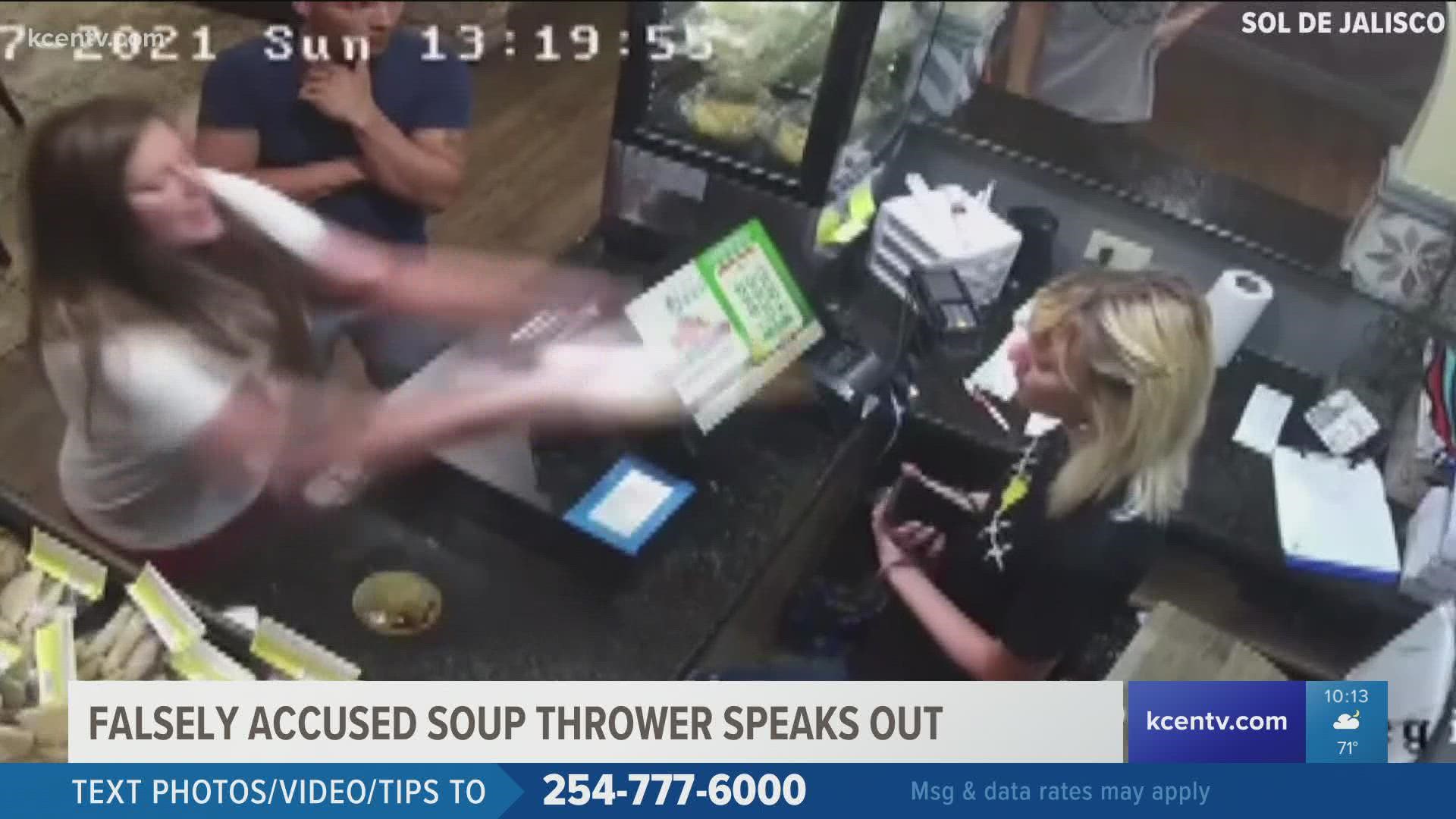 It happened in early November and the Temple Police Department arrested 31-year-old Amanda Nicole Martinez on a charge of assault causing bodily injury for the act Nov. 17.

But before the arrest happened, many different Amanda Martinezes were wrongfully accused of the act just because of their name.

Let's set the record straight though: The woman 6 News talked to on Wednesday was not the Amanda Martinez accused of throwing soup in a woman's face. This Amanda tells us she loves menudo.

"I wouldn't have thrown it, why would you waste that," Martinez expressed.

She's a nurse in the Central Texas area, but her only tie to City of Temple is Temple College, where she went to school.

This Amanda's name, reputation and profession was tarnished when the soup throwing viral video got around.

"In the beginning, of course I wanted to scream to everybody it wasn't me," Martinez told 6 News.

Her bosses at Texas Oncology were the first to let her know what social media was criminalizing her for. That's when the threats started from people all across the country.

"How dare you, how could you do this, you're a nurse, but it was shaming me or asking me to be fired or demanding me to be fired," Martinez remembers the threats and comments she and her place of business received because of that video.

Texas Oncology tried to set people straight with a tweet but people still twisted the statement and didn't want to believe it.

We are aware of a viral video of a recent incident in a restaurant. The person in this video is not a Texas Oncology employee.

"People that just want to be right and want to be the first ones to you know, connect dots and have the most views, have the most likes and it doesn't matter who you damage along the way," Martinez said.

Martinez tells 6 News it wasn't people coming after her name that bothered her most, it was those going after the career she worked so hard for.

"For that to be associated that I did something terrible to someone was just really offending," the nurse explained.

But she wants the record set straight: She isn't the Amanda Martinez, the accused soup thrower.

She also wants people to learn a lesson from her situation.

"For people to be more cautious on what they see on social media, not to instantly believe it to be true and to do your own fact checking and research before you accuse someone of something," Martinez said.

6 News didn't release the name of the suspect, Amanda Martinez, until Temple Police had confirmed with us who the accused soup thrower was when she was arrested.