Against all odds, Jamie has made an incredible recovery after being struck by a car and suffering a leg amputation to one leg and horrible injuries to the other. 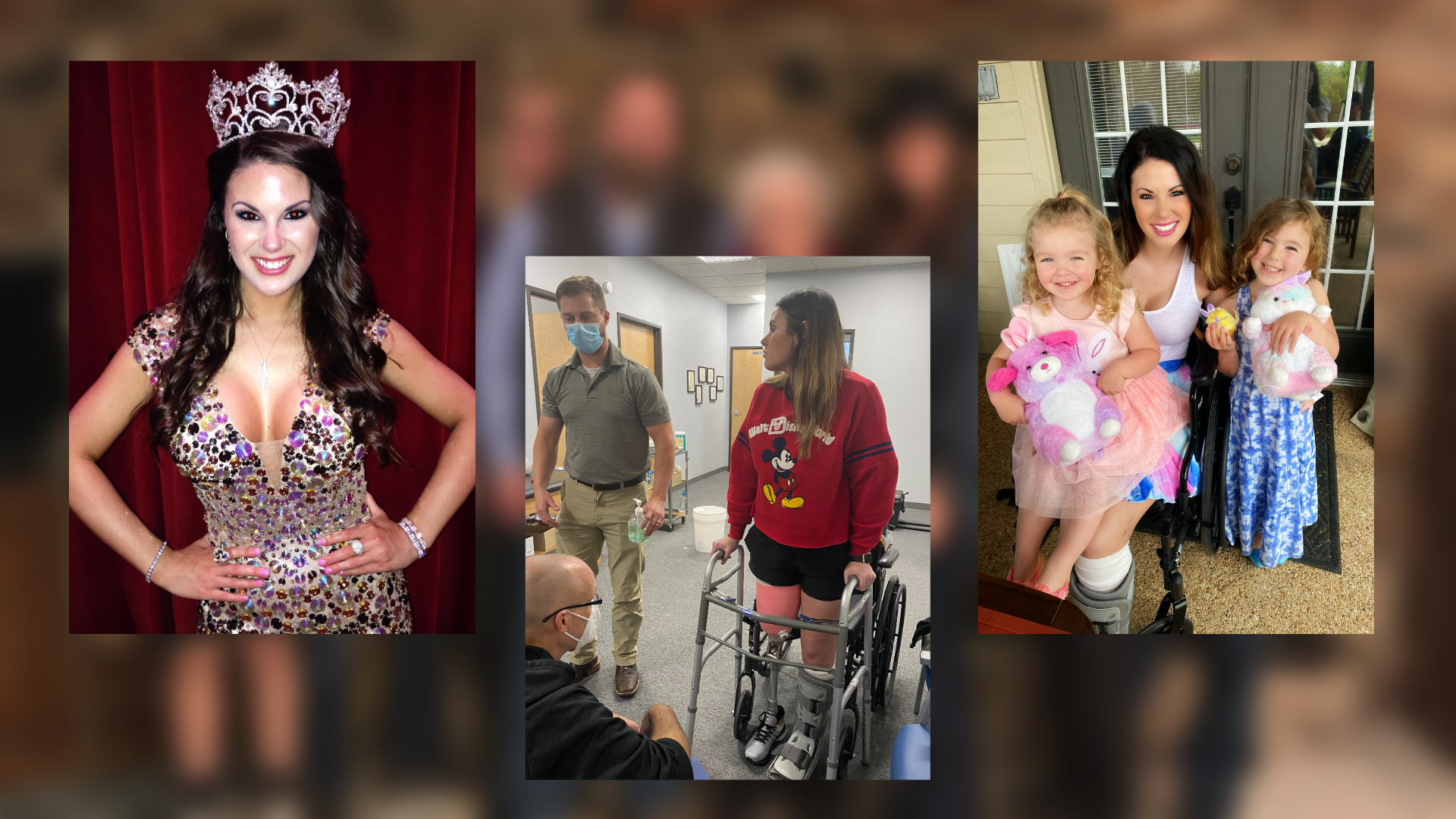 MCLENNAN COUNTY, Texas — More than three months ago, former Miss Waco Jamie Blanek was going about her life, running errands with her mom, visiting family in Lorena. My wife was even expecting her to drop by our house that night for a quick visit.

Jamie is a good friend. But shortly after leaving her brother’s house, her whole life changed, and in true Jamie Blanek fashion it was a tragedy that came about from her desire to help someone else.

She sat down with our own Kris Radcliffe to tell her story.

“So you can't prepare for it, you truly can't, and you can sympathize, but you can't empathize, until it's you," she said.

"I think that it's shown us all, in a very real way that your life can change in a heartbeat," she said.

Jamie’s heartbeat didn't stop, but came way too close. And something is missing now when you see those trademark eyes and that big smile. But this wasn't supposed to happen. Jamie has some guilt.

On Saturday, February 6 Jamie stopped to help at an accident on Old Lorena road. Her mom, a few cars behind her, watched her daughter jump into action. Jamie remembers telling a little girl to get back into her car seat, then everything goes black. Jamie had been hit by another car.

RELATED: Person critically injured after being hit by car while helping with crash, DPS says

It was Melodye’s worst nightmare.

"I think as a parent you always have a fear that something can happen to your child," she said.

But there was an angel nearby. First responder Scott Myers, an Aquilla Fire Department volunteer, was there when Jamie got hit. He immediately called for help.

"A lot of times in those situations they will not let first responders call for a helicopter, they make the ambulance do that. And I was getting kind of upset and angry because I knew the extent of her injuries and we had to have one right now," Meyers said.

Myers helped Jamie as she went into shock. Her mother was by her side the entire time. As Jamie was flown to Baylor Scott and White in Temple, Melodye had to endure something no mother should, saying goodbye to her precious daughter for the flight.

And then just praying.

"In the moment you don't know what you are supposed to do. Like what do I do? And you realized that your child is in the hands of strangers," Melodye said.

Following two emergency surgeries Jamie woke up the next day and realized that the price for saving those young lives was very high. She described it as a confusing moment.

“Someone said, you've had an amputation, you need to calm down. Calm down, and I'm thinking, 'What?'" she said.

Her surgeon explained that her ordeal was far from over. Jamie, slowly absorbing her new reality, was ready to be heard.

The prayer vigil outside the hospital and the remaining surgeries were a major success. Now Jamie is home in her modified house, and is moving forward just as fast as she can with her recovery.

"I 100% felt everyone's prayers, and that's something that has just blown me away. I hear people every day telling me I’ve been praying for you every day," Jamie said.

Jamie is now not only healing physically, but just by speaking with her, one can see how much she has embraced the community that she is now a part of.

Jamie said that part of her died on that February night but like a phoenix rising, the new Jamie is ready to take on the world.

"I want to dance. I've danced my whole life.  And I want to snowboard, that is something that brings me so much joy," she said.

"I just thank God that Jamie showed up to help, I hate the circumstances but if anybody can handle it, that girl has got it. She makes me proud to know her,"

"God had no intention of taking her that night. With everything that was in place. It was all God planned."

On August 29 there will be a fundraising concert for Jamie at The Backyard in Waco. Details are limited but will be shared as they become available.

If you would like to help the family with medical bills and the cost of prosthetics you can Venmo any amount to Jamie Blanek Benefit.

Check out the piece of the interview where she recalls the events leading up to the crash:

Jamie Blanek before and after the tragic February crash 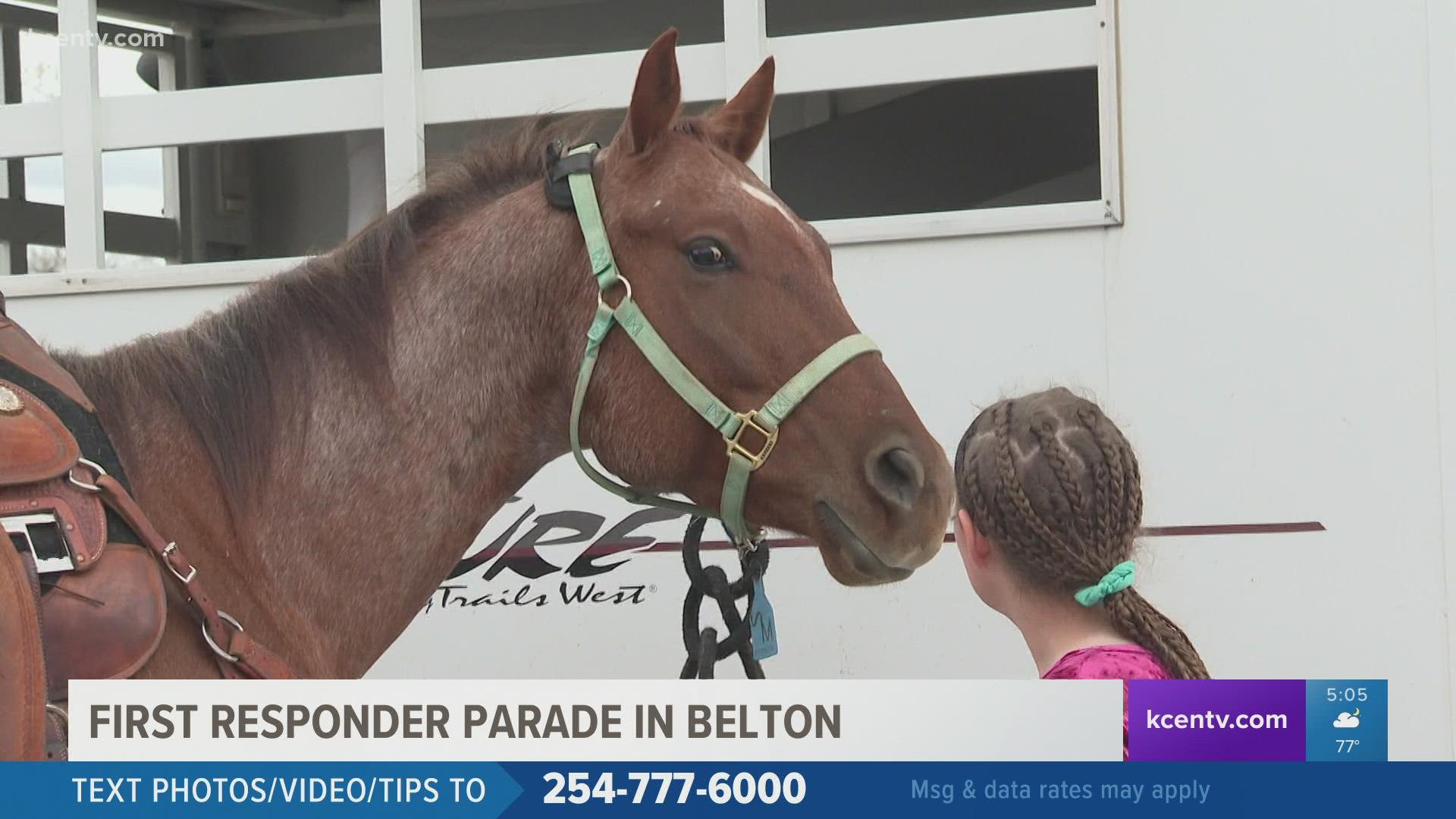