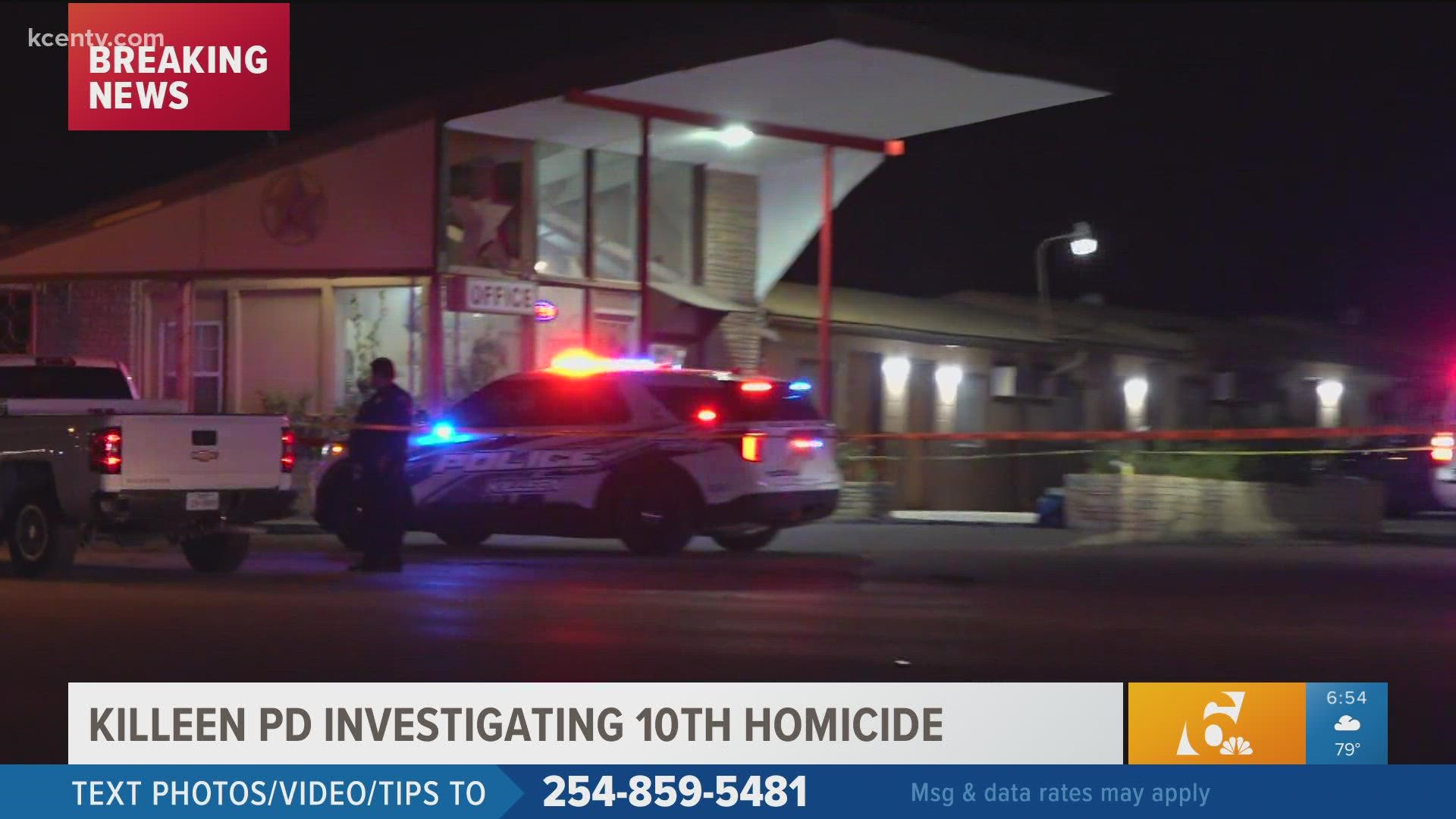 KILLEEN, Texas — The video above was posted on Sept. 6 regarding the 10th murder in Killeen.

The Killen Police Department released the names of two people killed over the Labor Day weekend.

Officers were sent the the motel at 529 E. Veterans Memorial Blvd. just after 8 p.m.

The officers found two men with gunshot wounds, according to Killeen Police. Hines was unconscious on the floor and the second man was awake, officials said.

Hines died at the scene.

The other man was taken to Baylor Scott & White Medical Center in Temple in stable condition, police said. He was only identified as a 32-year-old man.

Killeen PD also identified Cullen Gerard Sinclair Jr., 18, as the murder victim in the Sept. 6 shooting that took place on the 4500 block of Westcliff Road.

Police said they were called to the area around 11:31 p.m. When they arrived, they found the man inside a vehicle with a gunshot wound.

Sinclair died on the scene less than an hour later, police said. An autopsy was ordered to be performed in Dallas.