The Waco NAACP was in attendance Thursday for the first of three meetings the district is having with the community to find a new superintendent. 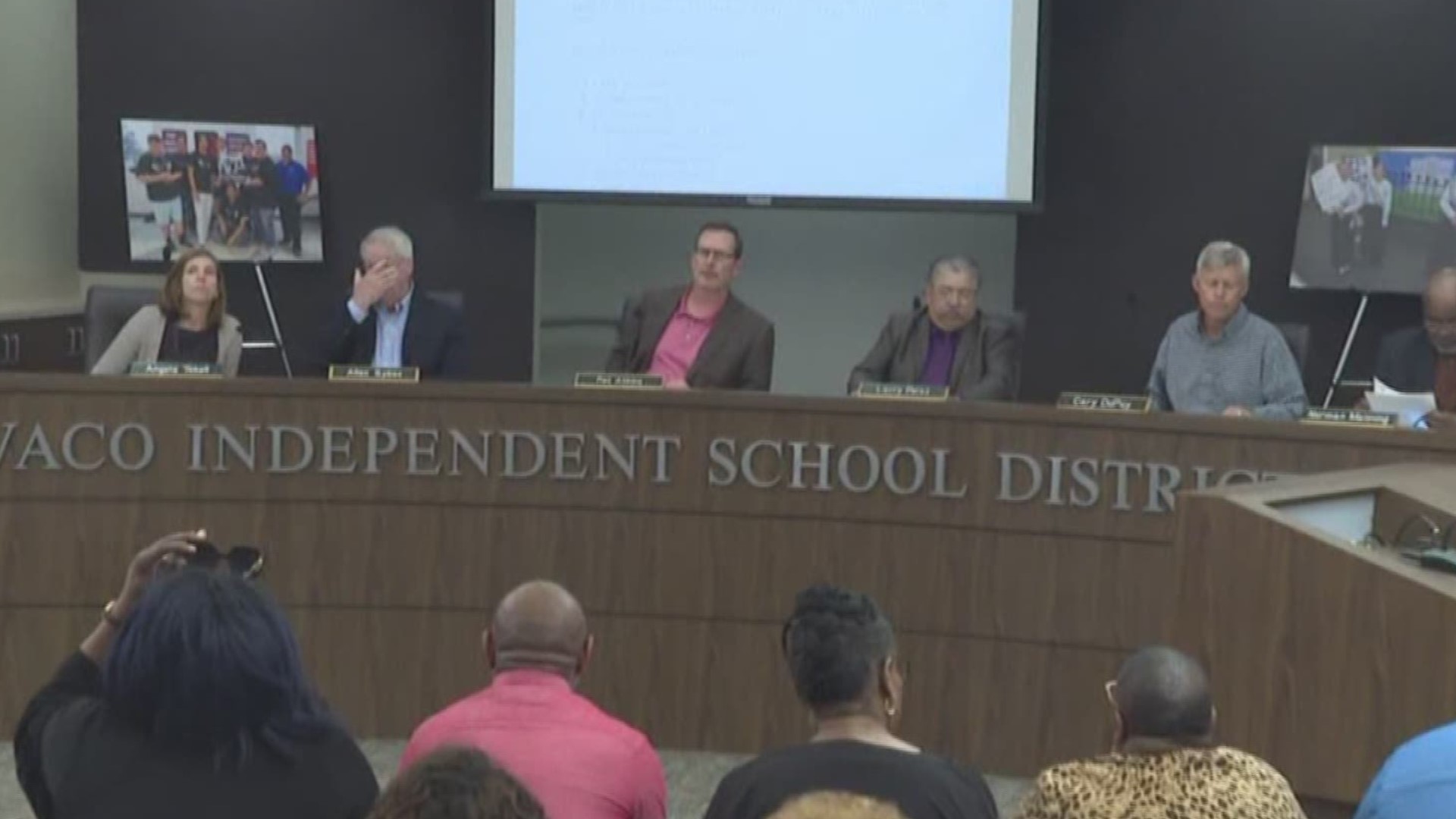 WACO, Texas — The Waco Independent School District had its first of three planned meetings with the community in finding a replacement for former superintendent Dr. Marcus Nelson, who resigned in March after his arrest for marijuana possession.

KCEN Channel 6 reporter Bary Roy was at Thursday's closed door meeting with community and district leaders. About 30 people discussed the process for the superintendent search with district leaders.

The Waco NAACP was in attendance, and President Dr. Peaches Henry said the next hire will be crucial for continued growth throughout Waco.

"We care deeply about our kids," Henry said. "We want someone who is going to be able to bring the community together so that we can continue the work on behalf of our students."

School board president Pat Atkins acknowledged the turmoil Nelson's resignation brought. He said the good Nelson brought to schools in the area will continue.

"A lot of the great things that have taken place recently in the Waco ISD, this board is committed to carrying forward," Atkins said. "And we want the folks to know the community engagement and some of the initiatives that are taking place on the campuses is something we're committed too."

So far, the district has held two employee listening sessions.

Other residents at the meeting said they hope to find someone like Nelson because he made sure everyone was a stakeholder, helping the community bond.

Atkins said Nelson was unique and his mistake will not erase the two years of work he did.

He also said the board is committed to finding the right person.

"We're going to take the time to find that person and to find the traits we are looking for in that person," Atkins said.

Henry said it's an anxious time.

"Moving forward right now is an unknown for some people, so there is a bit of anxiety around that and maintaining the success we have had," she said.

Atkins said Nelson helped lay a ground work that will be expanded on.

"Because of the things that have taken place over the last two years, I've never been more hopeful for the Waco Public Schools," Atkins said.

The district hopes to have a new superintendent in place by August, according to Atkins.