BELTON, Texas — 6 News anchor Kris Radcliffe has said for the longest time, "nurses run hospitals and secretaries run schools." When it comes to the organization of a college athletics team or an entire sports department, the sports information director can make or break you. Radcliffe talked to Jon Wallin, a man who has been a mainstay at the University of Mary Hardin-Baylor through all of their recent successes.

The Round Rock native and Baylor graduate has a story of love for the job, family, and an amazing journey back from the brink of a health disaster.

He is about to begin his 22nd year as a sports information director at UMHB.

So how did the former Central Texas sports anchor go from making excited play-by-play calls for The Crusaders to not being able to walk or talk?

"You know people say things can change in an instant and it literally does." Jon's wife Brenda said.

That instant for Jon and his family happened on May 20, 2011, when his thumb went numb and he went to urgent care. He was taken immediately to the hospital where, at the age of 41, he suffered a massive stroke.

"I was back (in) less than 10 minutes when the doctor said, 'We're going to transport you. I think you're having a stroke.' It turned out I had a massive hemorrhagic stroke." Jon said. "I spent the next 43 days in the hospital (and) was completely paralyzed on the left side for about a week, maybe a little bit more than that. I had to learn to walk again, had speech therapy, occupational therapy. It was a climb back but I'm very blessed to be doing what I'm doing."

"It completely upended anything we were doing," Brenda said. "The kids were still little and they didn't understand."

"It's incredible to watch him because he's one of the toughest individuals I’ve ever been around," Fredenburg said.

Jon Wallin and his family 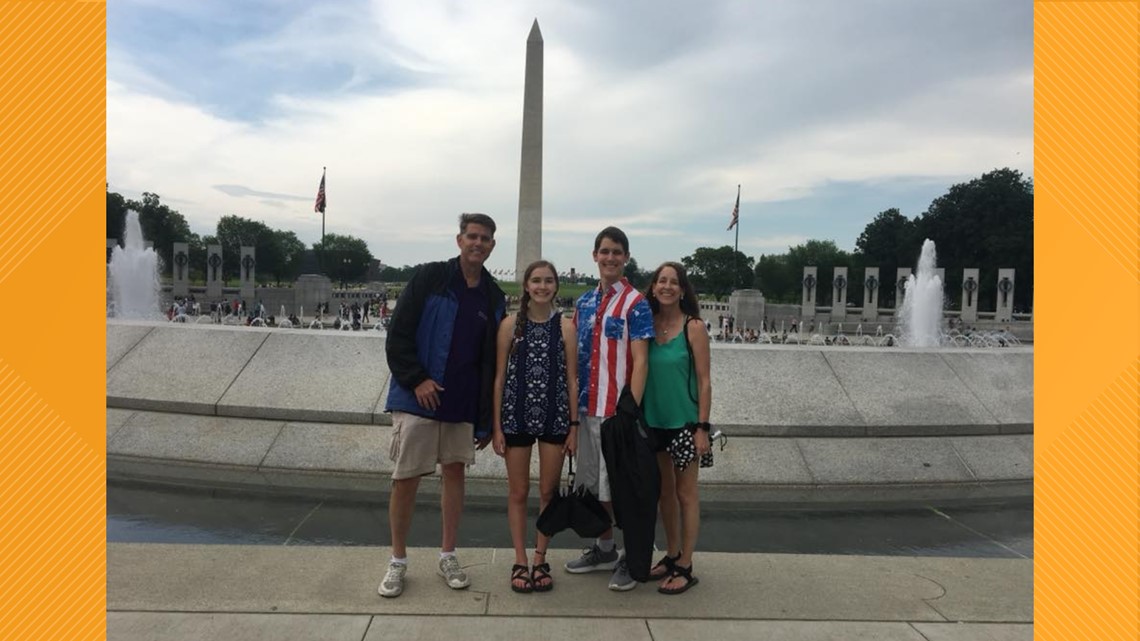 Jon was released after 43 days in the hospital. He attacked his rehab with passion and with a desire to get back to being a dad and to the daily interactions with the coaches and players that he loved to be around at UMHB.

Jon said that he has been with UMHB for so long that the years are starting to blur together.

"They're starting to blur together a little bit more, but a lot of it sticks with me and that's one of the jokes I've made, you know. I have to stop and think about how old my children are but I can remember how many yards and touchdowns Markeith Miller had to set the conference record a couple of years ago," Jon said.

Wallin was there with the stats for 42 American Southwest Conference championships and 12 programs that have advanced to the national tournament. There have been four teams and two individual national titles.

He was the American Southwest Conference SID of the year in 2010 and was the 2018 National Champion SID in Division 3 football. He has also grown his own department, which is more efficient than ever.

Jon spoke about why he loves it at UMHB and living in Central Texas.

"My family is still here. My parents are still living. They live just down the road. My sister actually works at Mary Hardin Baylor now," Jon said. "I enjoy what I do. I get up every day. I've never dreaded going to work. I've never once got up and thought, 'This I what I have to do today.' I think, 'This is what I get to do today.'"

"We do have a happy ending," Brenda said. "He was able to come out of it and I'll tell you, it's amazing what one's own determination can do and that's probably the biggest thing that I am most proud of."