Andy Spencer and his daughter, Deanna, played a pivotal role in creating Bruiser and Marigold. The two mascots that represent Baylor University. 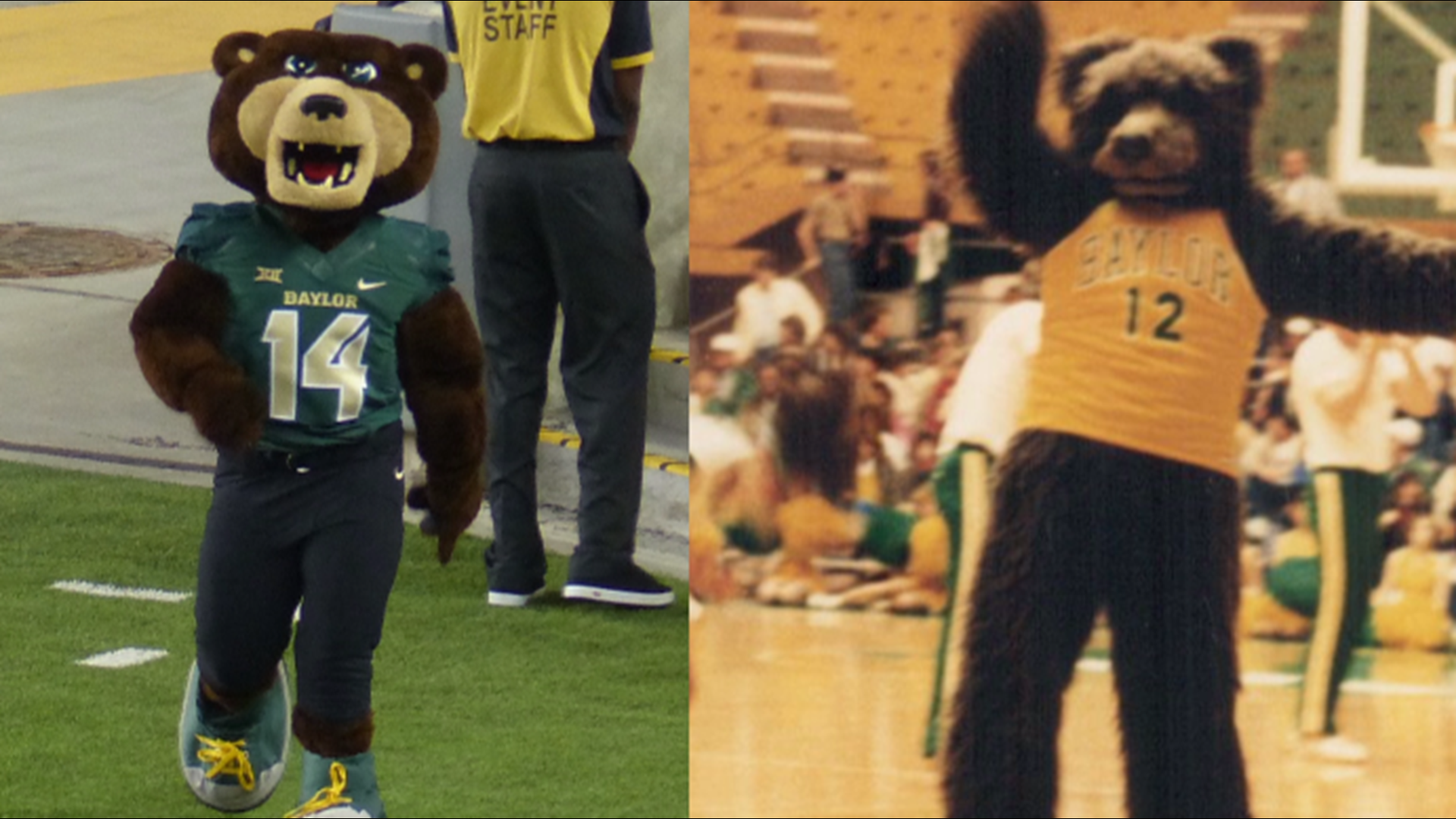 WACO, Texas — Baylor University is a school where everything is decked in green and gold, from the fire hydrants to benches. It is a place where school spirit pulses through campus. At the heart of it all, you will find the school's mascots, Bruiser and Marigold.

"Bruiser is your tough, you know, athlete. He loves to be in the middle of it all," Director of Spirit and Traditions Kristin Hankins said.

Marigold, who came onto the scene in 2017, is a bit different.

"She's just you know kind of the sweetheart of Baylor. She loves athletics. She loves community events. She loves kids," Hankins said.

Behind the masks of the mascots, there is a connection between the two.

"It's this club. They call it the 'fur-ternity'," said Deanna Spencer, a former mascot.

Deanna's father was one of the original Baylor mascots and helped form the Bruiser we know today. Andy's love for Baylor first started back in the 80s.

He spotted the mascot at one of the football games early in his college career and decided he wanted to be a part of it. After becoming the mascot, a lot changed.

"There's been a lot of transition into who Bruiser is now and a lot of that was done when Deanna's father was here," Hankins said.

Another big change for the mascot program at Baylor was the addition of Marigold.

"Two of the mascots that were here in the program. We talked and discussed about making a girl mascot," Hankins said.

This is where Deanna came in. She was one of the first people to be Marigold.

"My view of becoming a mascot at Baylor was just to continue my dad's legacy," Deanna said. "I never ever ever could have dreamed that they would open the opportunity for another character."

Andy said people that bring mascots to life can range from introverts to extroverts. Both Deanna and Andy can agree that regardless of who you are, you won't escape the heat.

"There is no way around it. It is hot," Deanna said.

Despite the heat, for the two, it was worth it to help keep the spirit alive for Baylor.