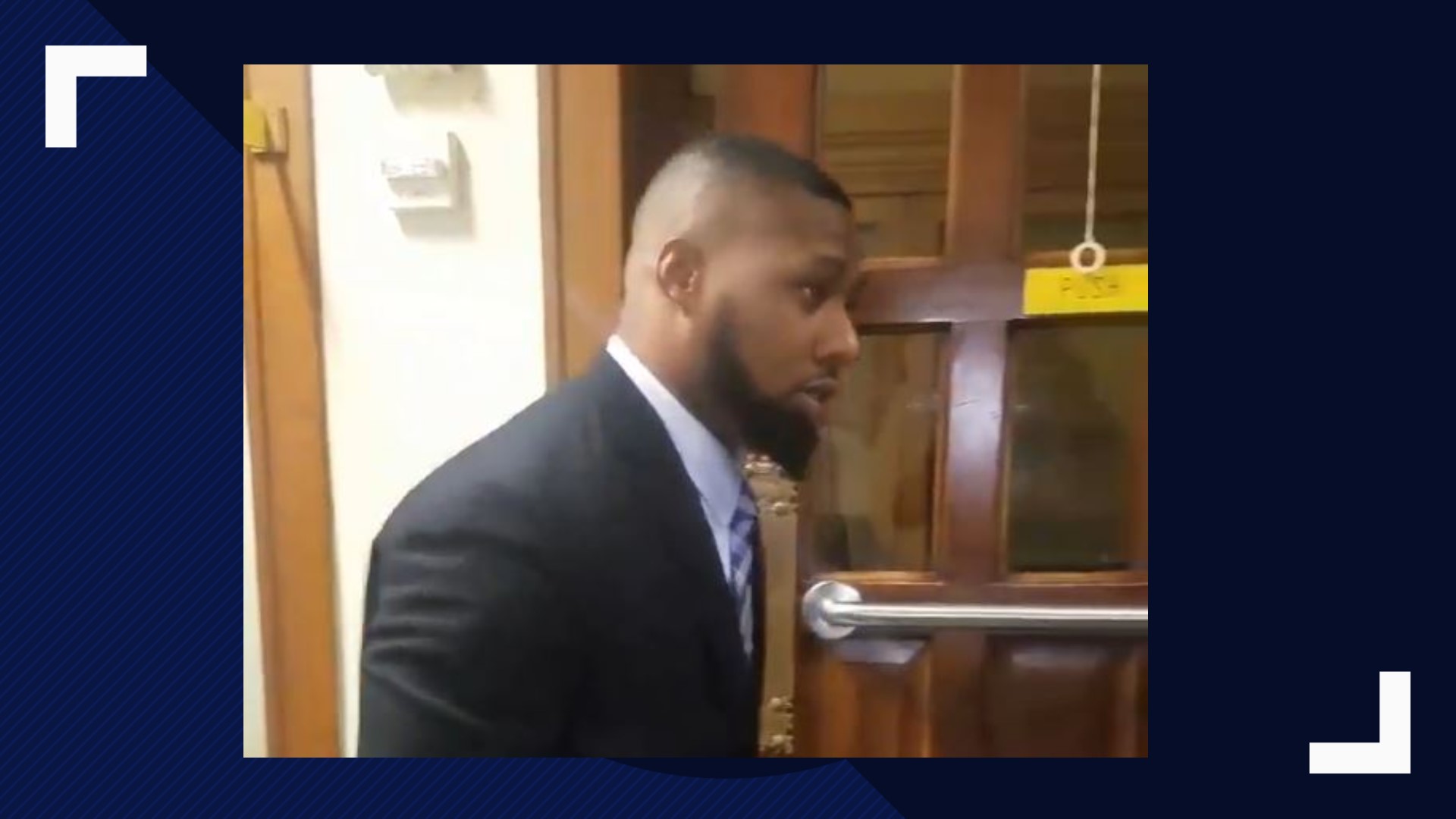 The jury reached its verdict after about two hours of deliberation.

During Wednesday's hearing, witnesses called by the state claimed Shawn Oakman raped a woman after a night out at a Waco bar. His accuser said she was so intoxicated that Oakman was grabbing her arm so she wouldn't fall over before he pushed her into his bedroom and sexually assaulted her twice.

While Oakman's accuser said the two never dated, the defense claimed the two were in an exclusive sexual relationship and the incident was consensual.

Oakman did not take the stand during the trial.

Chris Sanders, Oakman's roommate at the time of the incident, was called to the stand. Sanders contradicted the woman's testimony, saying he was not sitting on the couch when she entered the duplex.

Sanders said he went with Oakman to a bar after midnight, and the three of them walked to the duplex. Sanders also said he and another friend went to the store to get snacks and Sanders came back to the duplex.

Levels said he knows the woman and was with Oakman at the bar for most of the evening.

According to Levels' testimony, Oakman and his accuser were at the bar together and when he asked Oakman what he planned to do after leaving the bar, Oakman responded, "Her."

Levels said while they were at the bar, the woman embraced Oakman and seemed "proud" to be with him in public.

The defense called Tarrance Nathan, another friend of Oakman, to the stand after Levels.

Nathan said he and someone else went to Oakman's duplex around 2:15 a.m., near the time of the incident. Nathan said when he got to the residence, Oakman came out of his bedroom, greeted him and went back in.

Nathan testified he was sitting on the couch playing a video game for a while and never heard a woman yelling or saying no. He said he left after not hearing anything for a while and assumed Oakman had gone to sleep.

LaBorde cross-examined Nathan and said Nathan did not tell law enforcement he was at the apartment during the time in question.

LaBorde questioned why Nathan did not tell his story sooner, saying Nathan should have known how the allegations could ruin Oakman's potential NFL career considering the impact similar situations had on Tevin Elliott and Sam Ukuachu, two former Baylor football players convicted of sexual assault.

Eddleman confirmed for the defense that consensual sexual encounters can result in injury. Eddleman said the fact there was an injury and an examination does not confirm a sexual assault occurred.

The defense claimed consensual sex can results in injury in 6 to 10 percent of cases.

When the hearing resumed after a lunch break, the defense called Richard Donald Conner, a digital forensics expert, as its final witness. Conner said text messages inviting Oakman to the bar were deleted from the accuser's phone.

VERIFY: 'Momo Challenge' rumors are back. YouTube says it may be exaggerated