Adrian Wells is a military veteran who works at the store who is trying to make a difference in every way that he can. 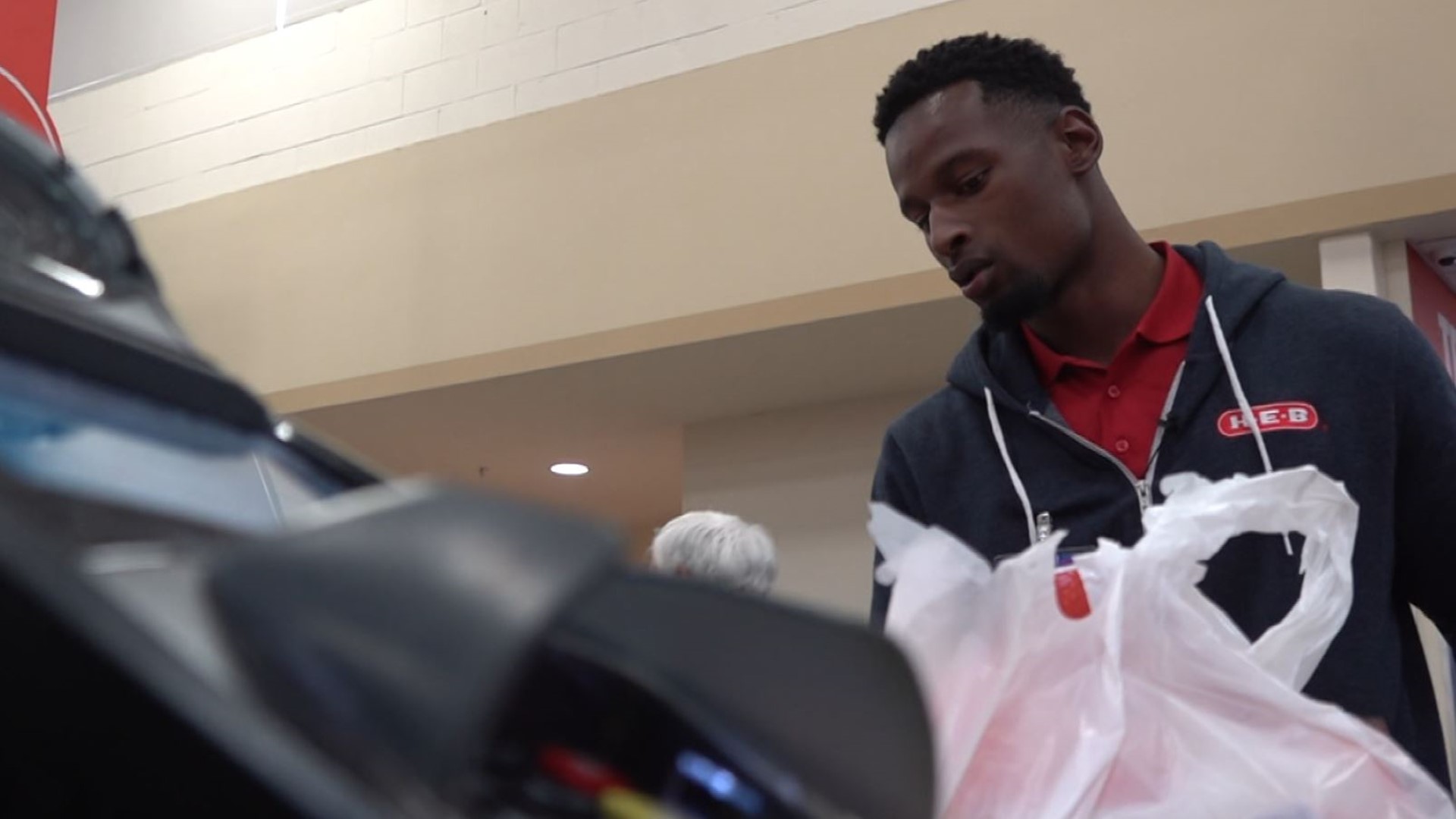 BELTON, Texas — When you walk inside the Belton H-E-B store, you might run into a young man named Adrian Wells. He is a military veteran who works at the store who is trying to make a difference in every way that he can.

"It was just a kind act of compassion," Wells said about a photo that was snapped on Wednesday of him helping an elderly woman on crutches shop for her groceries. "I saw an elderly woman, I was taught growing up, you see somebody who's elderly who needs help, you go help them."

Adrian's act of kindness, even though he would tell you it's what everyone should do, has gone viral. It's been shared over 2,000 times and has garnered nearly 3,500 reactions in under 24-hours.

"Definitely my mother," Adrian said when asked where his kind heart comes from. "There's some aspects of being a man and if you see someone in need, you help them. There's no questions, you don't judge a book by it's cover."

Adrian said working at H-E-B is more than just a job, it's a responsibility to the people who walk through the door and choose to shop there. For Adrian, it's a chance to lead.

"Leaders do what other people don't do. So, that's my main thing, if I want to be a leader, I got to set the example," he said.

An example he hopes to set while pursuing a career in Real Estate which will set up a future where he can have a bigger influence on those around him. While he works tirelessly to be the change in those lives he encounters at H-E-B, he just hopes the woman he helped left satisfied.

"Make a difference every single day, yes," he said. "I say there's too many people who don't know their own power to make a change and it could be in any way, like helping someone with their groceries."